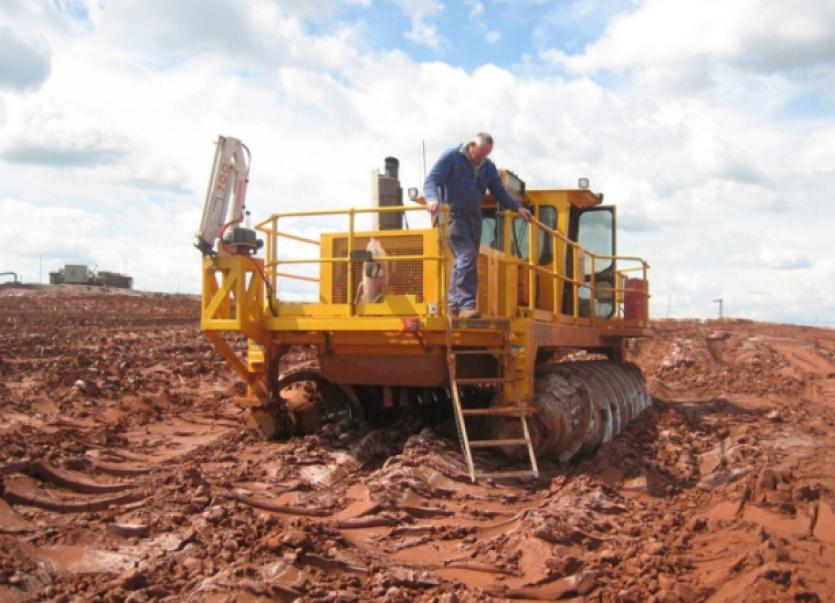 THERE have been fresh calls this week for an investigation to take place on the disposal of red bauxite on the banks of the Shannon, which comes from the Rusal Aughinish site.

THERE have been fresh calls this week for an investigation to take place on the disposal of red bauxite on the banks of the Shannon, which comes from the Rusal Aughinish site.

The Russian-owned company, which produces alumina, is two years into a project which sees the disposal of 1.2m tonnes of red bauxite residue each year.

Almost 25m tonnes of the liquid has already been deposited on the land bank adjacent since the plant’s opening, leading to concern from farmers and other locals.

This week, the former chairman of the Shannon Basin River Forum, Cllr Jim Long, held meetings with the Cappagh Farmers Group, who have been raising their concerns over the environmental impact of the plant for several years.

Although the Environmental Protection Agency has given Rusal – which employs more than 450 people in Aughinish – the green light to continue production in the coming years, Cllr Long wants the government body to look at the situation again.

New figures out this week have shown that revenue at the site dipped to $24m - a 2.5% dip year-on-year - last year.

Cllr Long said: “It is very clear now that this landfill they have will reach its maximum capacity by 2025. Within the next three years, they (Rusal) will have to look at alternative landfill areas. The only land available for this is agricultural land.”

Indeed, Rusal has secured permission to move onto a disused farm complex, in a move which will see the buildings demolished, and used for output.

Cllr Long argued that a recycling plant could be cited next to the vast refinery, both helping the environment and giving West Limerick a jobs boost.

“I am calling on the EPA to engage with the local authority, and the Department of the Environment to put a programme in place. It is not unfeasible to think we could attract a major recycling treatment plant into the immediate area to take the material from the site, treat it, recycle it, and export it. By doing so, you would create hundreds of jobs,” Cllr Long said.

Pat Geoghegan of the Cappagh Farmers Group said they are “at breaking point” in trying to deal with the bauxite.

“Limerick County Council and the EPA does not seem to have any concern about it though,” he said, “Our group is constantly contacted by people where their properties have been encroached upon, and they are concerned as to what is going to happen.”

Meanwhile, likely Fianna Fail local election candidate Emmet O’Brien has called for a public inquiry into suggestions that a report carried out by the EPA into possible links between pollution and animal and human health problems was flawed.

The Pallaskenry man said it is key the local community have all their questions answered.

“Whatever the final conclusion of the report, the local community will remain sceptical unless they can have their own concerns directly answered. We are talking not only about people’s livelihoods here, but their health and well-being. This is too serious an issue to brush under the carpet,” he said.

Mr O’Brien has spoken to a number of farmers in the communities around Askeaton.

He added: “At a minimum, the emergence of allegations deserves first hand intervention and an investigation by the Minister of Agriculture and the Minister for the Environment, as well as a public inquiry.”

The company is one of the largest employers in County Limerick. It returned to full production in 2010, following job cuts in 2009 when production work stopped due to the economic climate.

The first granules of alumina were produced at Aughinish on September 24, 1983. Last week the company marked 30 years of alumina production with a number of celebratory events for staff members.