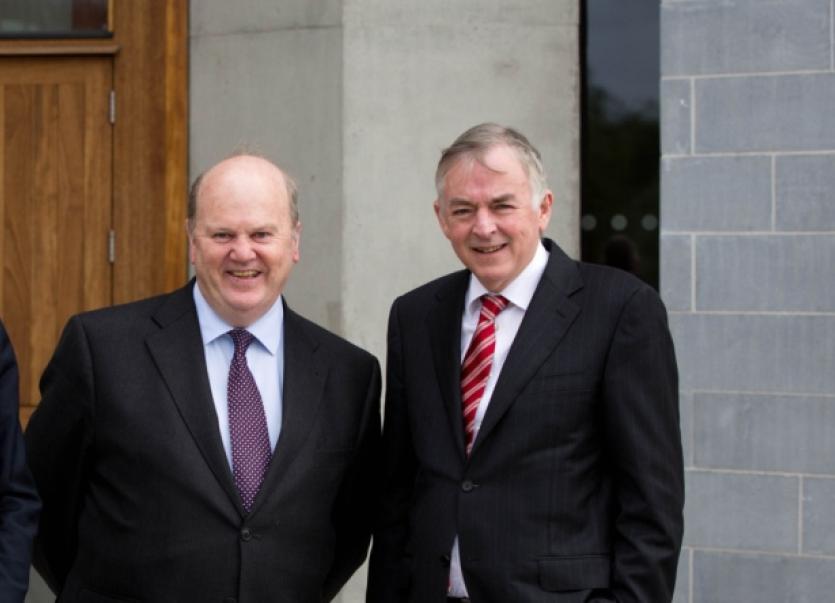 THE University of Limerick has announced that it has secured a €100m loan facility from the European Investment Bank to mount a major capital development plan.

THE University of Limerick has announced that it has secured a €100m loan facility from the European Investment Bank to mount a major capital development plan.

The loan will help in implementing the University’s €224 million capital investment programme and will support the construction of new medical, pharmaceutical and engineering facilities, as well as expansion and refurbishment of other parts of the campus, over the next few years.

This is the second such loan the University has received from the EIB. In 1984 the EIB provided its first ever support for a university level institution in Ireland to UL.

Mr Noonan said the announcement was “very positive news for the University of Limerick and indeed for Limerick and the wider region as a whole”.

“I would like to congratulate Don Barry and his team on their ambitious plans for the University that have been endorsed by the board of the EIB,” he said.

“These plans will ensure the University is a world class campus at the heart of Limerick.

“One of my key tasks as Minister is to re-open financing options that had been closed off to Ireland. We have engaged extensively with the EIB since taking office and see great opportunities for EIB funded projects in Ireland.”

“The University of Limerick is committed to investing further to develop its world-class campus and facilities. We look forward to working closely with the EIB to optimise the benefits which this will deliver for UL, for Limerick and for Ireland and the EU as we extend UL’s role as a dynamic agent of economic, social and cultural development,” he said.

Full details of the UL Capital Development Plan will be officially launched later in the year, but the ambitious, five-year plans include research facilities, a clinical research education building to be located on the campus of University Hospital Limerick, an elite team training centre for Munster Rugby and innovative infrastructure for a range of other research, teaching and community initiatives.

It also is expected that the plan, when unveiled, will see the University take up a presence in Limerick city centre.

FOR MORE ON THIS STORY SEE MONDAY’S LIMERICK LEADER, PLUS THE WEEKEND EDITIONS.