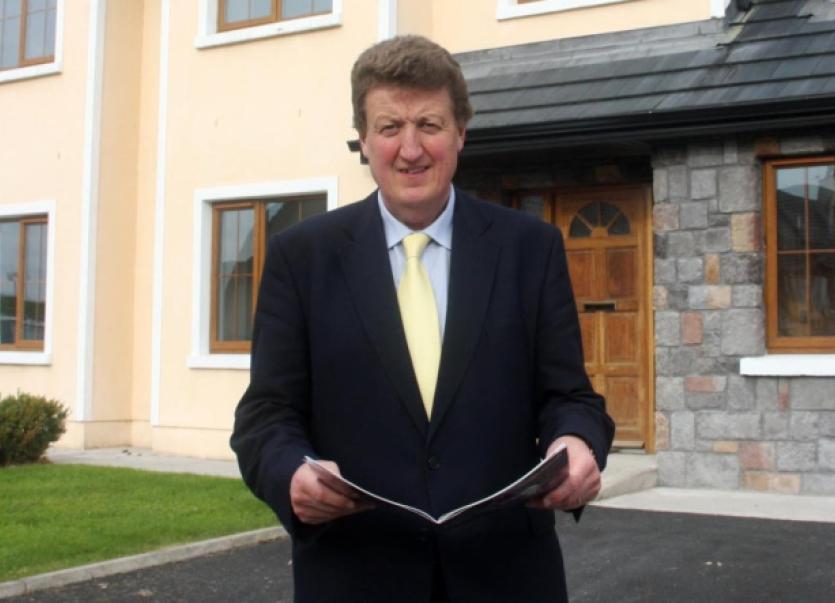 A SECOND Limerick farmer has made millions by buying back land they sold in the boom.

A SECOND Limerick farmer has made millions by buying back land they sold in the boom.

The story about Vincent Campbell purchasing 4.75 acres at Ballycummin, Raheen for €215,00 that he sold in 2005 for €3 million made national headlines after appearing in the Leader.

Now a second person knows how he feels.

At nearby Attyflin, Patrickswell a man sold 44 acres during the boom for €6 million. He recently bought it back at an auction handled by GVM’s Tom Crosse for €455,000 – a gross profit of over €5.5 million

It is understood that a nursing home and retirement village were planned for the land. Due to the recession this never happened and it has returned to agricultural land. The action price works out at €10,340 an acre, more than 10 times that was paid during the Celtic Tiger.

Mr Crosse oversaw both these remarkable auctions and says he has never seen anything like it in his long career in auctioneering.

“It is a coincidence to have two in a matter of weeks and in such close proximity. It is the nature of what is going on and there are more of these situations coming on stream. I have land of a similar ilk around Limerick city and county towns and villages coming to the market in the coming months

“A lot of land was sold and bought for development purposes in the boom. Banks and owners have been sitting on it in the hope there would be a recovery but now all development land is making is agricultural prices,” said Mr Crosse, who finds it hard to understand that some aren’t putting a hope value on land like Ballycummin or Attyflin.

“This recession will end and property will return to some sort of normality at some stage. It must mean that kind of land will come back in to money again. That kind of land was businessman type land but it is all farmers attending the auctions,” said Mr Crosse.

The link between a farmer and his property runs deep. Mr Campbell spoke of his delight at having the land back as it holds very happy memories.

Mr Crosse can recall the boom years and negotiating deals with farmers to sell land to develop it.

“Decisions came very hard on them. The land may have been in the family for many, many years and there is a lot of loyalty and history to land resulting in people’s reluctance to sell. Even during the boom years when there was massive money on offer a lot of people opted not to sell.

“They wanted to keep on their farming enterprises and leave it to their children. Not everybody availed of the big money going around at the time. Saying all that, many did and they got massive prices,” said Mr Crosse.

And while there are remarkable stories like Mr Campbell and the gentleman in Attyflin, Mr Crosse says those who sold land didn’t all have happy endings.

“You also hear a lot of stories about those who did sell at high levels and invested in bank shares and commercial property - a lot of them lost as well,” said Mr Crosse.