300 jobs for Limerick would have ‘huge psychological boost’ 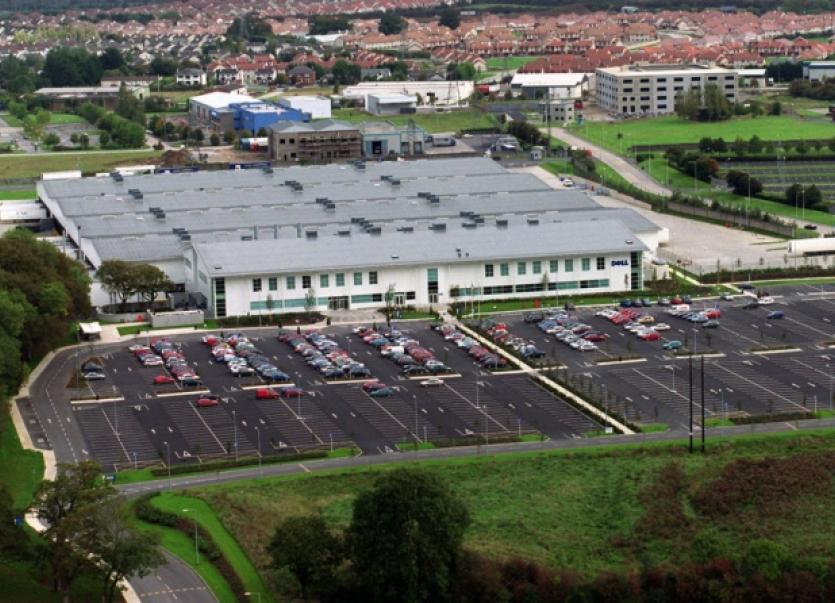 THE CREATION of at least 300 jobs in the former Dell manufacturing plant would not just provide much needed jobs, but would be “a huge psychological boost for Limerick” given the history at the plant.

THE CREATION of at least 300 jobs in the former Dell manufacturing plant would not just provide much needed jobs, but would be “a huge psychological boost for Limerick” given the history at the plant.

Fine Gael deputy Kieran O’Donnell was speaking to the Limerick Leader following confirmation that a major US biopharmaceutical company, Regeneron, is in talks to acquire Dell’s former manufacturing base in Raheen, where 1,900 jobs were lost to a lower cost base in Poland in 2009.

“I would be delighted if they were to choose Limerick as a location, but it’s a live prospect at the moment so we must be very cautious. If it goes ahead, it would be a real psychological boost to Limerick, given that they would be based in the old Dell plant.

“Limerick is a very obvious choice, with strong business links, and enhanced connectivity between Shannon Airport and the US, which would augur well. We have a highly skilled workforce, with graduates of the highest level and across the board, a ready pool of the workforce,” said Deputy O’Donnell.

After rumoured job announcements in Limerick in recent times fell flat, the Minister for Finance Michael Noonan has promised he will do “anything I can” to help bring these jobs to Limerick.

Minister Noonan has also said it would be “premature to comment” on the talks between Dell and Regeneron, which are believed to be at an advanced stage and are reaching a positive conclusion. “It’s not over the line yet. None of us want to make a premature comment in case it would inhibit it in any way. I hope it’s going to be very successful. It’s a very big project and if we get it, it will be very important for Limerick.

“All negotiations are going on, and are going well, but it’s not over the line yet. I’ll do anything I can to help it come to Limerick,” he said.

The minister said he was not aware of any other imminent job announcements for Limerick, but it’s understood the IDA has been taking a leading role in seeking to attract a number of potential employers to the huge site on the edges of the city.

Regeneron, a company valued at $26bn (€19.7bn) on the Nasdaq, said in a statement to the Sunday Independent that it has reached a preliminary agreement with Dell to acquire a 400,000 square foot facility in Limerick.

“Subject to definitive agreements and permitting, Regeneron intends to renovate the facility to accommodate and support growth,” he added.

It is understood that at least 300 jobs would be set up initially if the plans proceed, and could increase in the years following its established.

Labour minister Jan O’Sullivan said the statement released by the company is “very good news for Limerick, and is strong evidence that it will deliver.

“The IDA have been working very hard to get a company into that facility because it’s such a valuable facility for opportunities for jobs. I would have been aware of ongoing discussions to have that site occupied, and it would be extremely welcome news because we need that jobs boost in Limerick and the mid-west. We always felt that available site has great potential, but I’m not aware of any visit [to Limerick] from the Minister for Jobs [Richard Bruton] at this point in time,” she told this newspaper.

Figures released from the Central Statistics Office this month show there were more than 19,000 people out of work in the county, with the majority - 13,434 in the city.

Fianna Fail deputy Niall Collins said it would be “great news for Limerick if it comes true”, and would help address the devastation caused when Dell pulled 1,900 manufacturing jobs out of Limerick four years ago to move to a lower cost base in Lodz, Poland.

Its withdrawal from the region also had a major knock-on effect for other local businesses, but the company still employs 1,100 in Limerick.

It had earlier been hoped that Irish Water would create 400 jobs in the same location, but the company announced this May that the jobs will be created in Cork in the coming years.

Deputy Collins said there was “a lot of disappointment when the Irish Water jobs didn’t materialise” and believes the new local authority, to be established next year, should acquire such major locations for enterprise and negotiate fair rents to attract new employers to the region.

He pointed out that the City Council had also bought the Opera Centre site for €12.5m to help develop and create employment in the Patrick Street area of the city, which has become an employment wasteland after it was abandoned by developers since the Celtic Tiger era. “We need to take lessons from Irish Water and PayPal, and have these premises in our own ownership. There’s a huge opportunity there,” he told this newspaper.

Dr Stephen Kinsella, an economist based at the University of Limerick, said: “It is undoubtedly a good thing to bring 300 jobs to a region which has been devastated by unemployment. The question is this: Is Regeneron a repetition of the pattern of industrial development the region has followed for the last 40 years, with regard to large employers who come, provide employment, and then leave, and the region is devastated?

“There is no doubt these are better jobs [than those that would have come to the same site if the mooted call centre for Irish Water had gone ahead]. But it is also the case that we are looking to the outside for a solution to the problems. I am not saying we should not do it: it is undoubtedly a good thing.”