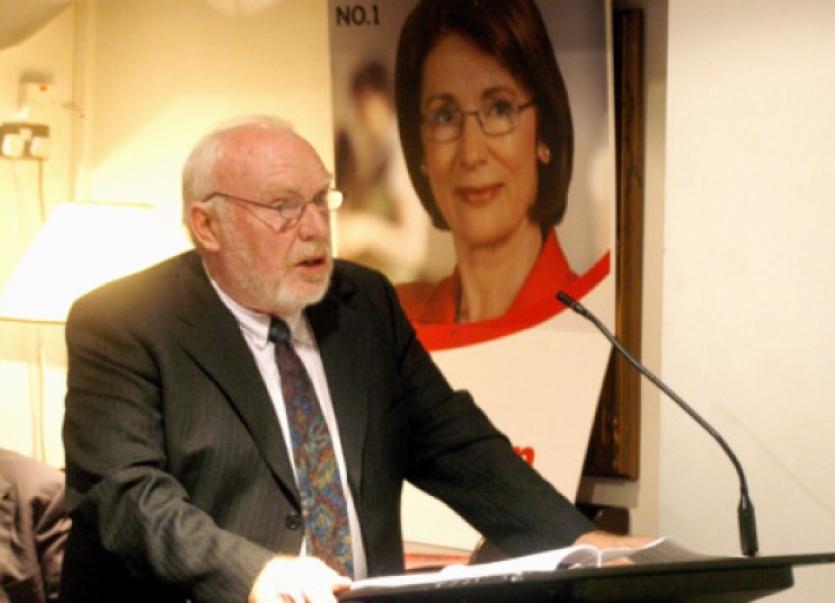 Jan O’Sullivan says she would never try to “muzzle” Labour stalwart Joe Kemmy - but said the party has been successful in tackling pay rates of ministers.

Jan O’Sullivan says she would never try to “muzzle” Labour stalwart Joe Kemmy - but said the party has been successful in tackling pay rates of ministers.

It comes after Mr Kemmy, a former chairman of the local party, attacked its record in government, singling out the “pay, perks and pensions” of its senior ministers.

“Politician’s pay has been cut, and one of the particular issues he was raising was the lump sum ministers and former ministers got. The current government abolished this, and this is one of the issues Joe has been raising. So he has been somewhat successful in raising the issue,” she said.

Mr Kemmy, brother of late TD Jim, said he was fearful that Labour’s decisions in government will come back to “haunt” them.

But Ms O’Sullivan said her party is prepared to make hard calls.

“It is not going to be popular, a lot of the choices we will make, but we have no choice about them,” she said, stating the party’s position in the polls is not reflective of its display in the Meath by-election, where it finished fifth.

She pointed out the party has protected basic social welfare rates, and restored the minimum wage.

And while Mr Kemmy said many local Labour members found Roisin Shortall’s resignation as Junior Minister “hard to stomach”, Ms O’Sullivan said the fact she “walked away” from the job was “difficult” for her.