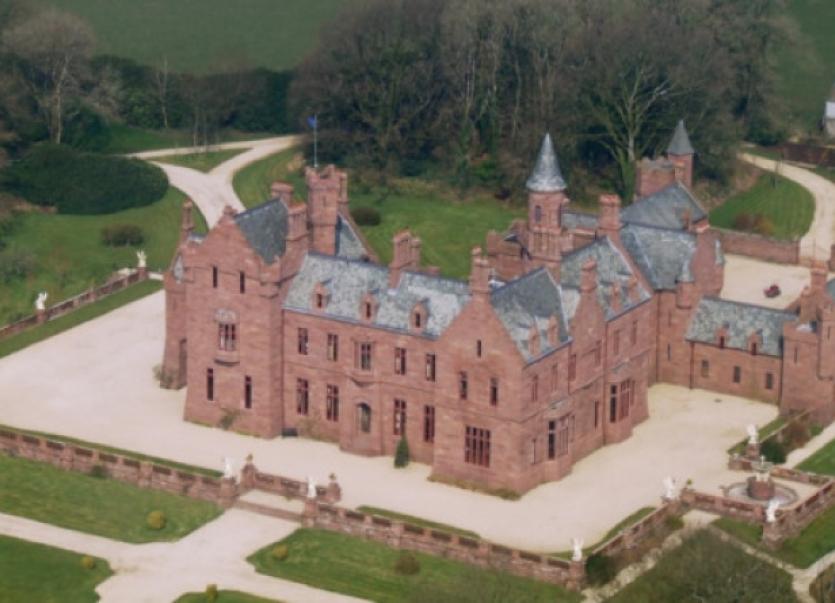 A COUNTY Limerick castle which is on the market for €3m has beaten off stiff competition from properties including a Viennese villa with a price tag of €25m to be named European House of the Week on the prestigious Wall Street Journal.

A COUNTY Limerick castle which is on the market for €3m has beaten off stiff competition from properties including a Viennese villa with a price tag of €25m to be named European House of the Week on the prestigious Wall Street Journal.

Castle Oliver which overlooks the dramatic scenery of the Ballyhoura mountains just outside the village of Ardpatrick was first named House of the Day by the publication’s website and was then entered into House of the Week.

“I did an interview over the telephone with Javier Espinoza and told him all about the castle,” explained Emma, owner of Castle Oliver.

Also in the running for the title of House of the Week was a quirky Italian villa on Lake Como priced at €3.8m, a classic Chelsea pad priced at €11m, and a Viennese villa with a price tag of €25m.

Castle Oliver is listed with Ganly Walters, formerly Knight Frank, at a price of €2.95 million.

The public were able to vote for their favourite property by using the ‘like’ option on the social networking site, Facebook.

Castle Oliver was described as an ‘Irish castle with a king’s wine cellar’.

“I put it on the Facebook page and we got a tremendous response,” said Emma Cormack who, along with her husband Declan, purchased the castle in 2006.

“We were well ahead of everybody else which was great – we were something like 40% above the other properties.

“It just shows how much support the local people give us and even people from overseas, they are so supportive of the castle. It is really heart-warming to know that they are all voting for you and helping out in any way they can.”

According to Emma, the exposure the castle is receiving from the competition is invaluable.

“It would be a lot of money I’m sure to feature on The Wall Street Journal and we were on the home page for a long time – nearly all week,” she explained.

Since Castle Oliver went on the market last February, there has been much interest in the property with one individual particularly interested in purchasing the property. “We have someone who is very interested in buying. They are from overseas,” Emma revealed. “Until everything is signed, you can’t be sure. We are still for sale; we don’t want to put anybody off.”

Since the Cormacks purchased the castle in 2006 it has undergone extensive refurbishment.