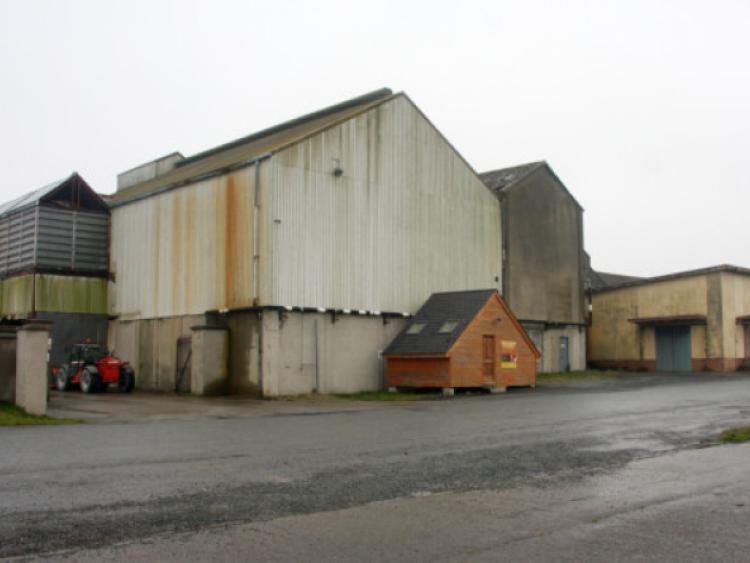 PLANS are to be formally lodged next week for the construction of a waste transfer facility on the site of the old Kantoher co-op, a move which could re-ignite local opposition.

PLANS are to be formally lodged next week for the construction of a waste transfer facility on the site of the old Kantoher co-op, a move which could re-ignite local opposition.

White’s Skip Hire of Broadford are to seek permission from Limerick County Council to renovate the former poultry factory in Kantoher, and turn it into a facility where up to 4,000 tonnes of domestic waste can be processed each year.

The company has confirmed that it has selected Kantoher as its preferred location for the facility, having carried out assessments of other sites in West Limerick and North Cork.

When the proposals were first mooted late last year, a number of residents in the Killeedy area were vocal in their opposition to the plans, expressing fears that it would attract vermin and could pollute a local water supply.

However a spokesman for White’s Skip Hire said that any concerns residents have will be “sorted out” and allayed by the contents of the planning application, which is to be lodged with the County Council next week.

The plans, if approved, could see the creation of between six and ten full-time jobs.

In November over 100 people attended a public meeting in Raheenagh to discuss the company’s plans to refit sections of the old poultry plant, in order to remove recyclables and other materials from its collected household waste.

White’s is one of the largest collectors of household waste in West Limerick, and is seeking a new dedicated waste transfer facility.

Among the concerns raised by residents at the public meeting, as well as at an earlier information day hosted by White’s at the Raheenagh community hall, are fears that the plant could contaminate a local water supply 80 metres away. Concerns were also raised about the potential to attract vermin, as well as the prospect of the plant being expanded in years ahead.

However White’s have insisted that the plant will have pollution and noise control technology, and under the terms of its planning permission and licensing will be subject to checks by inspectors.