300 reasons why Limerick should host the Gay Games 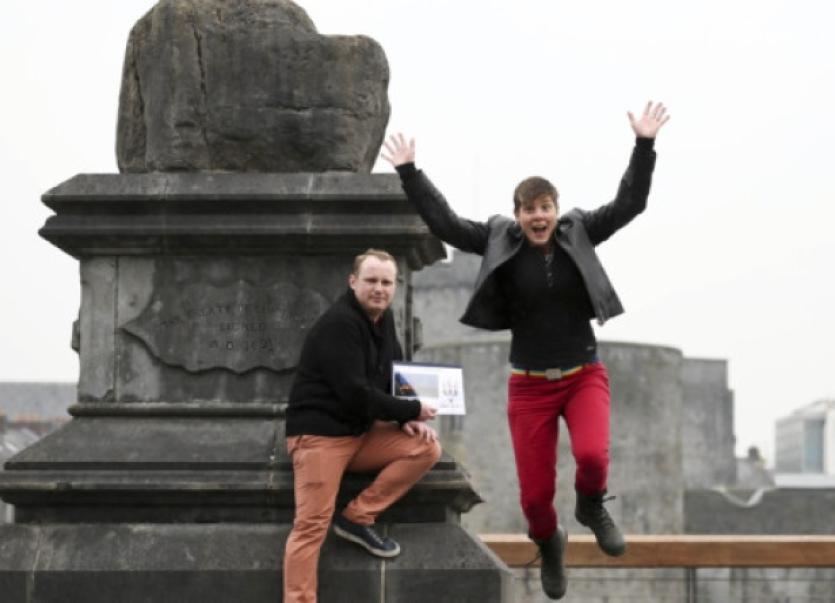 A 300-PAGE document outlining why Limerick should host the Gay Games in 2018 has been submitted to the international committee behind the event.

A 300-PAGE document outlining why Limerick should host the Gay Games in 2018 has been submitted to the international committee behind the event.

Limerick, along with Amsterdam, London, Paris and Orlando, have now all submitted bid books to the Federation of Gay Games, outlining their respective proposals to hold the games. The Gay Games, which are held every four years, began in San Francisco in 1982.

Cillian Flynn, spokesperson for Limerick’s bid for the games, said months of planning and preparation went in to this proposal. “We believe that should we be successful, we will not just put Limerick and the Shannon region on the map but we will showcase the entire island of Ireland as a welcome and open country that will embrace the 2018 Gay Games.

“While it looks like we are up against stiff competition from the other bidding cities we believe that Limerick has the facilities, the infrastructure, the desire and determination to be successful in the bidding process and deliver an event that Limerick has never seen before.”

If successful the 2018 Gay Games will attract in excess of 10,000 participants and approximately 15,000 spectators to Limerick and the surrounding areas in August 2018. The University of Limerick will be transformed into The Gay Games Village where the majority of events will take place, along with a media and hospitality centre.

Officer for site selection with the Federation of Gay Games, Dennis Sneyers, said: “Bidding is an intensive and costly process, mobilising dozens of volunteers in each bidding city.”

The next international Gay games will take place in Cleveland, Ohio in 2014. Ireland has been represented well at the last Gay games in Cologne where in excess of 100 competitors were registered from Ireland. Boxing and wheel chair rugby have been accepted as new sports to the Gay Games.