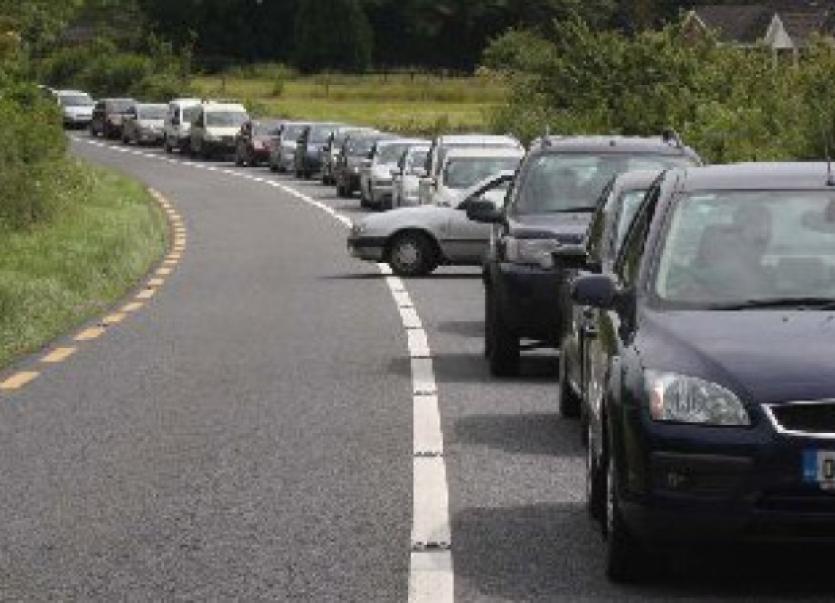 A major roadworks scheme planned for Adare could add to traffic hold-ups in the village, local councillors have warned.

A major roadworks scheme planned for Adare could add to traffic hold-ups in the village, local councillors have warned.

Details of the project were outlined at this month’s meeting of the Adare Rathkeale municipal district.

It will involve up to four months of works on the southern side of the village, on a 1.3km stretch from the Ballingarry road junction to the Blackabbey road.

As well as repairing and resurfacing the road, the project will also involve extensive drainage works, the construction of a new footpath on the western side of the road and a widening of the junction with the Ballingarry road. An indented drop-off area will also be created outside the national school.

Councillors were told that the project would take place outside the peak tourist season and that, given the high volume of traffic passing through the village, some night work would be likely.

Dermot Donovan of Roadplan Consulting told the meeting that it was likely that the work would take place during the winter of 2016.

Cllr Emmett O’Brien said he has “major concerns” about the plan. “This has the potential to be a traffic disaster,” he warned.

And he questioned if the plan had been drawn up “in isolation” from the plan for the new Limerick to Foynes Road. Three of the four proposed routes for that road incorporate what is effectively a bypass of Adare.

Fine Gael councillor Stephen Keary said the roads design office needed to take a more “holistic” approach to dealing with the issue of traffic in Adare.

He pointed out that there were serious problems with the pedestrian crossing in the centre of the village which the plan did not address. He also warned that the plan did not include a “proper set down area for the school. Realistically you should really go back to the drawing board and start again,” he said.

His Fine Gael colleague, Tom Neville, said that local people would need more detail in relation to the traffic disruption.

Fianna Fail’s Kevin Sheahan also stressed the need for an overall traffic “masterplan” for Adare. “We are presented with another plan to spend money in Adare, while at the same time we are still waiting for a decision on the Limerick to Foynes road,” he said.

Cllr Richard O’Donoghue pointed out that the proposed works were not on the “shopping list” of the local community. “If this is to be done, it should be done after the bypass is constructed, not beforehand,” he said.

Tim Fitzgerald of the Mid-West Roads Design Office added that it would be many years before the new Foynes road was built. “This work has to be done now,” he said.

A public consultation will take place in the Dunraven Arms Hotel, Adare on September 15 from 2pm to 8pm.