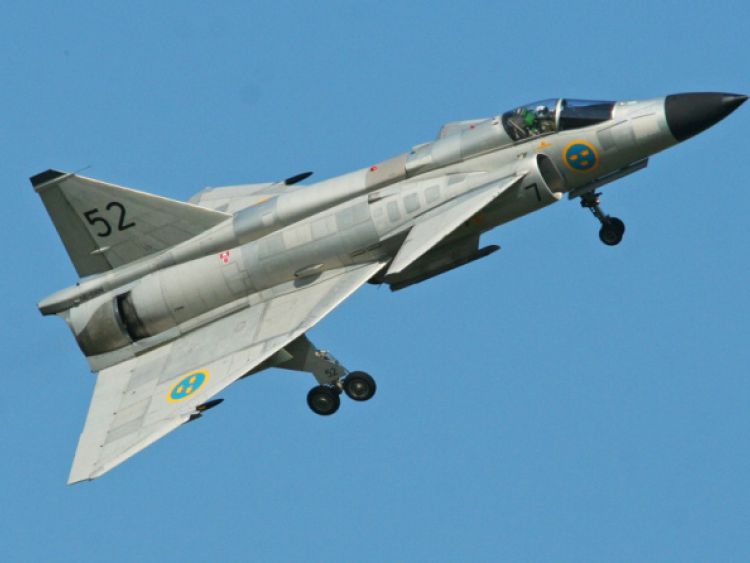 THE line-up for the Shannon Air Display has been turbo-boosted with the addition of Swedish jet, the Saab Viggen.

THE line-up for the Shannon Air Display has been turbo-boosted with the addition of Swedish jet, the Saab Viggen.

Up to 40,000 people are expected to flock to the July 18 event in the airport, which is being held to mark the 70th anniversary of first commercial transatlantic flight touching down at Shannon.

The Saab Viggen - one of the most advanced jets of the 1970s - will make its first appearance at an Irish air show. It remains an extremely dynamic aircraft, despite having been retired from official duties ten years ago.

“We will have a fantastic collection of aircraft and performances on the day and the Saab Viggen will be one of them,” said Shannon Airport Operations Director Niall Maloney.

“Despite having been designed over 40 years ago, it is still an incredible looking aircraft and will enthral young and old alike,” he added.

Some 20 separate performances, many involving multiple aircraft, will dominate the skies over Shannon. The line-up will include the Blacknights, O’Brien’s Flying Circus, craft including the Iolar and the Chipmunks and RAF Hunter Jet, while the Norweigan Airforce’s ‘historical squad’ will bring an Mig-15.

Special access points will be installed to the airfield, from where the crowds will look to the skies and also enjoy family fun festivities. Some 4km of fencing will be put in place, as well as the creation of two vehicular access points and a pedestrian entry.

There will be plenty of on-the-ground action, including a static aircraft and tank display, entertainment zone, live music and a catering zone. Tickets cost €5, while children under 6 years are free. See http://shannondisplay15.eventbrite.ie for more.