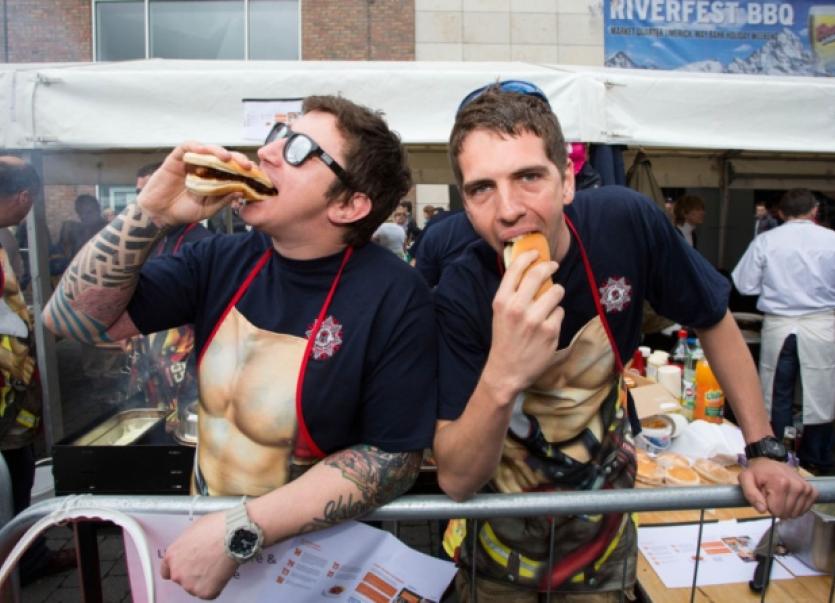 A CASH prize of €1,000 will be on offer to culinary maestros as part of the upcoming Coors Light Riverfest BBQ competition.

A CASH prize of €1,000 will be on offer to culinary maestros as part of the upcoming Coors Light Riverfest BBQ competition.

The judging panel for the event, taking place in the city on Saturday, May 2, was announced this week, with Mayor of Limerick Cllr Kevin Sheahan, Brian Murphy from the Curragower Bar, President of the Irish Barbecue Association Paddy Murphy and Coors Light Limerick representative Jim Fitzgerald to decide the winner.

Last year’s Riverfest BBQ boasted 55 teams taking part, making it Ireland’s largest such event and one of the biggest in Europe. The event will return to the to the Robert Street/Denmark Street area of the city, with a huge participation expected.

“I can think of no better way to spend the May Bank Holiday weekend than joining friends, family, colleagues and people from all over Ireland here in Limerick,” said Mayor Sheahan.

Brian Murphy, co-owner of Limerick’s Best Gastro Pub of 2014 in the Curragower, said: “I am a big BBQ fan, so I will be looking for a long slow smoked cooking process, good condiments, and a good selection of authentic coleslaws.”

President of the IBA, Paddy Murphy, said he was looking forward to returning to the city.

“We are very pleased to be involved in Riverfest this year and to continue with the tradition of Limerick being the centre of World BBQ,” he said.

A new Riverfest Busking competition and the Maldron Hotel Riverfest on the Shannon - a series of water based activities and events - have been added to the programme this year, with the fireworks display, Fashion Friday, Continental Market and the Soapbox Derby all again to return for the four day festival.