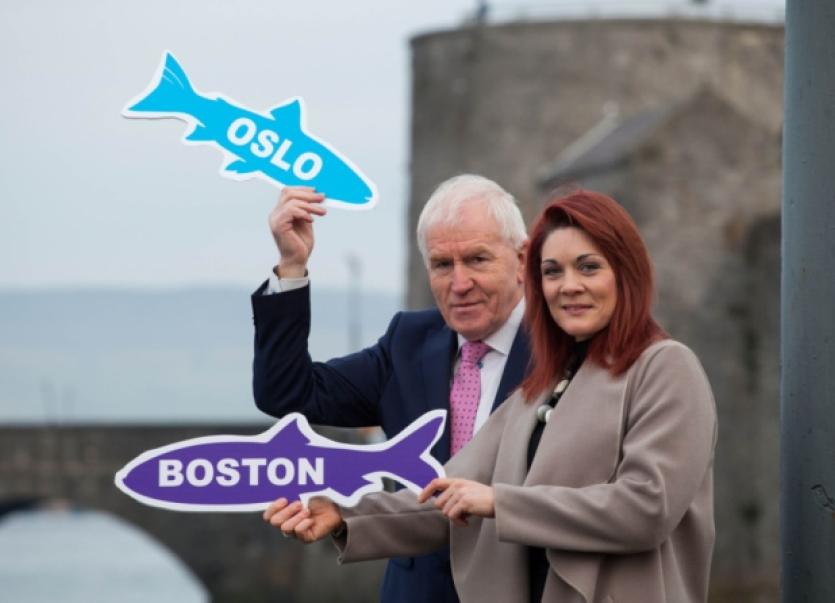 LIMERICK TD Kieran O’Donnell says that a decision on a national diaspora centre will be made in the “coming weeks”.

LIMERICK TD Kieran O’Donnell says that a decision on a national diaspora centre will be made in the “coming weeks”.

The Fine Gael TD has met with tourism minister Paschal Donohoe in recent days to discuss Government plans for the location of such a centre, which Limerick is interested in bidding for.

Limerick’s local authorities and representatives of Shannon Airport and other tourism bodies have worked on a diaspora centre plan for some time. An ‘iconic’ centre could attract 300,000 visitors a year and attract a €20m plus investment.

“The Government has been developing a diaspora centre plan for a considerable period of time and Minister Donohoe intends bringing a memo to Cabinet over the next couple of weeks, before the end of the month,” said Mr O’Donnell.

“I think there will be very much a comprehensive strategy and Limerick will be taking very much a central role in it. In my view we are very well positioned to host a diaspora centre, whether that is on a national or on a regional basis.

“We have a considerable amount of preparatory work done on it, including identifying the site and I would be very hopeful that we can progress the plan, but no formal decision has been made yet,” added the Fine Gael TD.

Speaking at the launch of the Global Limerick Network ‘scoping study’ into the Limerick Diaspora at City Hall last week, diaspora minister Jimmy Deenihan was asked by this newspaper about the potential location of such a centre and pending policy from Government.

“The thinking of Government has changed somewhat,” he said. “The hope is that there would be regional and local centres rather than maybe one national centre.

“Government will have to make an announcement on that, but I know the thinking has changed somewhat,” he added, noting that he was “producing a national Diaspora study” in the coming weeks.

“There is nothing to stop anyone setting up their own centres anywhere,” continued Minister Deenihan.

“I think because of the nature of emigration from Ireland where it came from all parts of Ireland, that there would be a local emphasis, that would give Limerick an ideal opportunity to tap into their diaspora and connect with that particular diaspora through maybe a centre in the future,” he added.