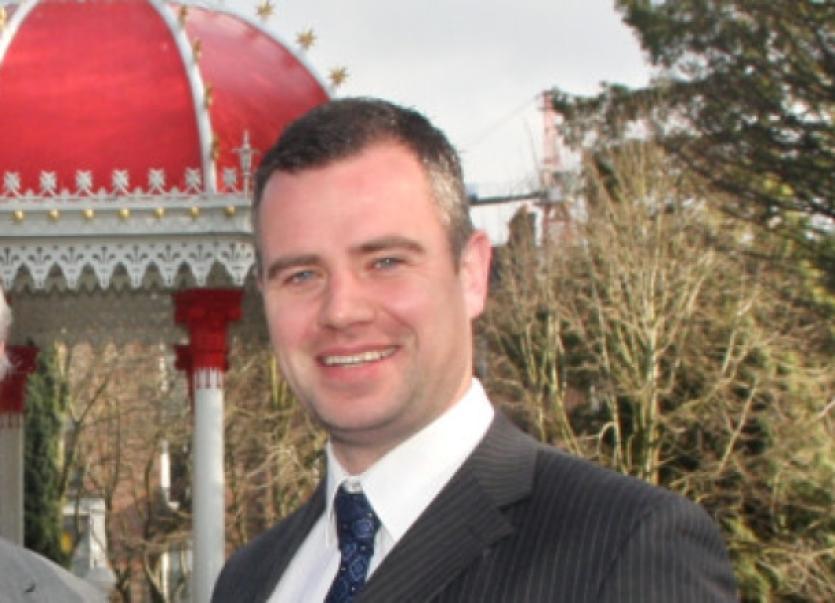 THE new chief executive of Limerick Chamber, Dr James Ring, said he believes the time is right for him to take the lead.

THE new chief executive of Limerick Chamber, Dr James Ring, said he believes the time is right for him to take the lead.

After stepping down from his position as chief executive of Limerick Civic Trust, Dr Ring has took up his role as CEO of Limerick Chamber this week.

“It’s a role I’m very much looking forward to,” said Dr Ring, who has a background in environmental issues, but is now completing an MBA at UL. “The challenges that it’ll present will be tough, but I think I’m taking it over at the right time.

“The economy has steadily been improving at a national level, and we’ve seen numerous positive announcements at a regional level and local level, regarding new industries and businesses, which brings with it much needed jobs. I think that with an improvement in finances it might be a good time to lead this organisation,” he said.

Dr Ring succeeds Dr Orlaith Borthwick, who had acted as interim chief executive of the Chamber since September last, following the departure of Maria Kelly.

He continued: “Limerick Chamber is the leading business representative organisation in the mid-west and has the potential for really impacting further growth and investment in our region. It is an excellent opportunity and I look forward to working with the chamber staff to better serve our members needs and make the region a more attractive place to do business.”

As chief executive, he is responsible for the operational management and the development of a new strategy for Limerick Chamber as it seeks to strengthen and support the economic vitality of the region.

Dr Ring was previously at the helm of Limerick Civic Trust for four years, where he was responsible for managing a number of significant projects and programmes.

Prior to this, he was project manager at UL where he worked specifically on improving education attainment rates in regeneration communities. He began his career with IBEC as an environment and public Affairs executive.

Limerick Civic Trust wished him well in his new role, and they will now begin the process to recruit a new manager.

Dr Ring wished to thank all the staff of the trust, in particular John Collopy, Ger Imbusch and Bernard O’Reilly.