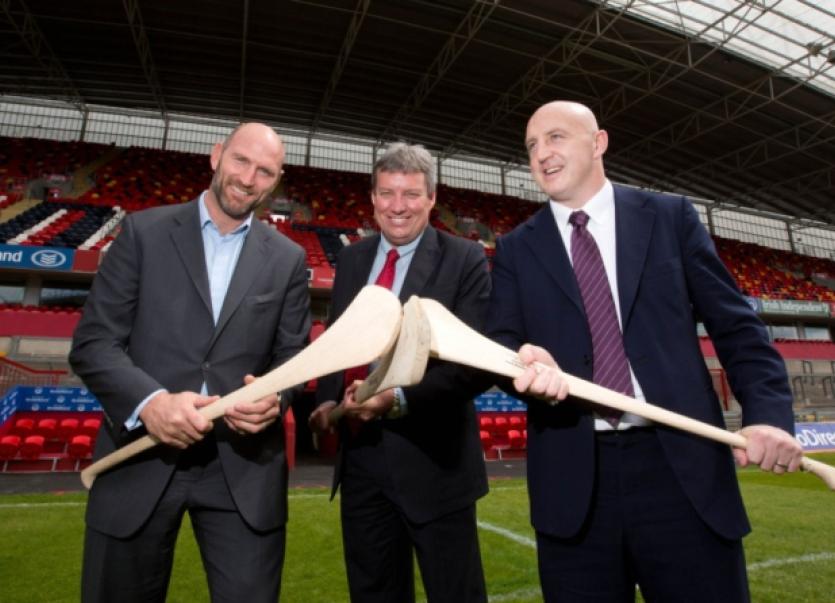 LIMERICK played a ‘crucial role’ in the Government’s decision to back a bid for the 2023 Rugby World Cup.

LIMERICK played a ‘crucial role’ in the Government’s decision to back a bid for the 2023 Rugby World Cup.

It was announced today that Ireland will bid for the event, with cross border co-operation from governments to underwrite the IRFU’s bid, which could cost upwards of €100m.

Thomond Park and the Gaelic Grounds would host games in the event of the bid being successful - as would Cusack Park in Ennis, potentially.

But Limerick played a central role in the Government’s decision to press ahead with the bid, which could attract hundreds of thousands of rubgy fans to the country.

In May, Thomond Park played host to the first ever European Sport Tourism Summit, which welcomed Martin Snedden, who was CEO of the New Zealand 2011 Rugby World Cup.

Mr Snedden spoke about his country’s experience of hosting the 2011 tournament during the conference, which was organised by Keith Wood and his company W2 Consulting, and outlined his belief that an Irish bid for 2023 would be “world class and compelling”.

While he was here, Mr Snedden met with representatives of governments north and south of the border, plus the IRFU, tourism agencies and the bid steering committee - including Hugo MacNeill - at a meeting in the University of Limerick.

A “very open and frank discussion” took place, according to one person in attendance, at which Mr Snedden ran through how New Zealand managed to win the bid and then host the tournament, and it is understood that the decision to press on with an Irish bid was formulated at that point.

He said at the time that the IRB - now World Rugby - would “know that Ireland represents a smaller risk for them than some other places that might be interested because of geographical location, good stadia, and a country that rugby, sport, hospitality and tourism all resonate”.

Mr Snedden also met with City Council officials while he was here, to outline how a city can really capitalise on an event like the world cup.

Welcoming the news, Thomond Park stadium boss John Cantwell said it was “exactly the type of opportunity that the venue was redeveloped for, to be in a position to be able to host these type of matches.

“Everything from sport to the social and cultural positives that would be delivered from something like that would be fantastic for Limerick, and it deserves it as the home of rugby in Ireland.

“People from overseas would be targeting Thomond Park as a must visit venue, so fingers crossed and hopefully the powers that be can get it over the line.”