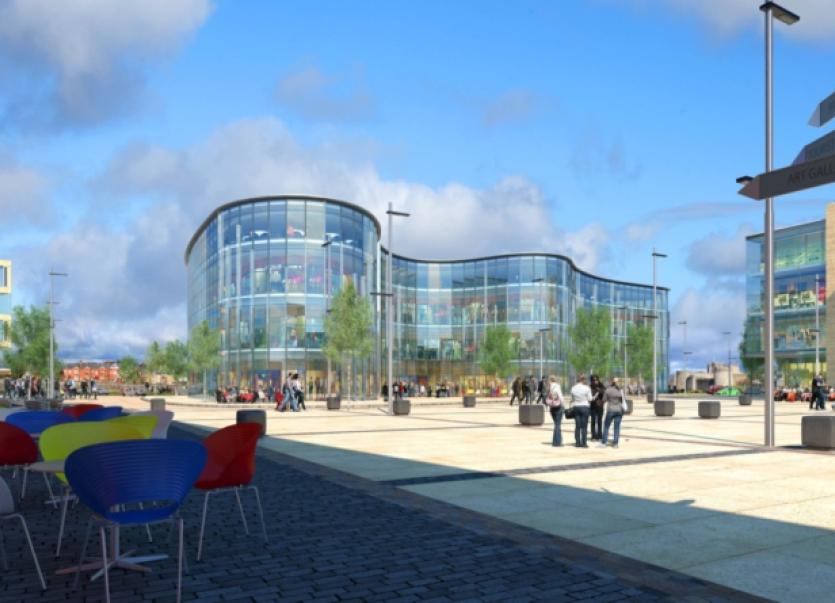 LIMERICK City and County Council CEO Conn Murray has been given the go-ahead to seek approval for a €32 million loan to kickstart the ambitious development projects in the Limerick 2030 plan.

LIMERICK City and County Council CEO Conn Murray has been given the go-ahead to seek approval for a €32 million loan to kickstart the ambitious development projects in the Limerick 2030 plan.

Government approval is required before lenders are approached to finance the plans for strategic city sites such as the Opera Centre; Mungret College; the former Cleeve’s factory recently acquired from Golden Vale for €3.5 million and the Hanging Gardens site on Henry Street which the council hopes to complete the purchase of.

Also included are sites in County Limerick such as Anderson’s in Rathkeale and the former Kantoher hatchery.

Limerick 2030 outlines the potential of these sites in helping create up to 12,000 jobs in the Limerick area, some 5,000 of those in the city centre.

At this Monday’s meeting of Limerick City and County Council, Mr Murray sought the support of members for the loan, saying the “provision of this working capital will enable us to accelerate the plans and provide the cashflow to get them started”.

Recent reforms in local government, Mr Murray told councillors, were about empowering local councils and “we now have this opportunity to demonstrate the kind of leadership that local government is being asked to show”.

Cllr John Gilligan, for one, was fully behind the loan proposal, saying “bold, imaginative plans are what we need and we are not going to get anywhere by being timid”.

The choice in relation to the Opera Centre, he said, was either to invest in it or “let it fall down and become a derelict site”.

“How can we ask others to invest if we don’t invest ourselves? It’s vitally important we take this opportunity and borrow the money,” declared Cllr Gilligan, Independent.

Cllr Joe Leddin, Labour, said it was appropriate that the council should step in and try and stimulate investment in cases of market failure, of which the Opera Centre was a “classic example”.

And while Cllr James Collins, Fianna Fail, also backed the vision of Limerick 2030, he expressed concern at the shortage of detail in the CEO’s report on the reason for the loan.

“€32 million is a lot of money and money the city needs. But I think we need more detail. It is like we are being asked to approve a loan today and we will only see the plans at a later date,” said Cllr Collins.

He also wanted to know whether the plans, as they emerge, would be subjected to the scrutiny of elected members or would be wrapped up in some special-purpose vehicle on which councillors had little representation.

Mr Murray said it was important for councillors to note that nobody was asking them to approve a loan of €32 million right now” and assured members there was “no question but that this will be the body which will make the decisions”.

Mr Murray’s report assumes annual repayments of €1.7 million on any loan, which the council would be more than able to meet through salary savings arising from the merger of Limerick City and Limerick County Councils, improved revenue collection and other measures.

“There will be no additional costs on this organisation (in servicing any loan) but it will give the local authority the chance to demonstrate its role in supporting communities and driving economic development,” Mr Murray said.