Call to convert loading bays for parking in Limerick city 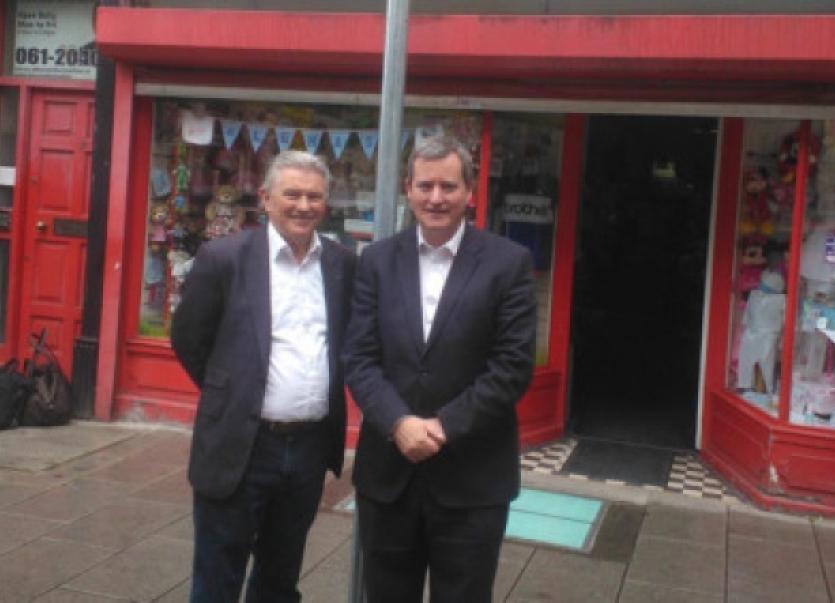 AMBITIOUS plans to reform parking in the city are to be considered by the local authority.

AMBITIOUS plans to reform parking in the city are to be considered by the local authority.

Attempts to make more free parking available in the city have been presented to the council, including the suggestion that some loading bays be converted to parking spaces for shoppers.

More free on street parking has long been called for by the city’s traders, who believe that the urban centre is still losing out to retail shopping centres on the outskirts of the city.

Michael Gleeson, a trader with over 50 years’ experience on William Street has recently led calls for reform, suggesting that parking should be made free for a three month trial period in an effort to bring extra footfall onto the streets, citing a 50% fall in trade over the last five years in the city. Fine Gael TD Kieran O’Donnell has backed calls for reform.

Mr O’Donnell said he was working with traders on proposals to reform parking in the city, and has had discussions with the local authority on these.

“As someone with a city centre office myself, located on William Street, I see every day the issues with parking for people on the main streets,” he said.

“I have held discussions with the local authority on this, and I am working with traders in the city to get some initiatives implemented.”

Among the proposals are suggestions that loading bays are converted to parking spaces after a certain time of the day, potentially, the Fine Gael deputy claims, freeing up an extra 300 spaces.

“I would be hopeful that we can progress this initiative shortly. Everyone will benefit – consumers, traders, and the entire city centre community,” said Mr O’Donnell.

“There are much broader issues relating to parking in the city to be dealt with as well, but certainly putting measures such as these in place relatively quickly could provide the momentum to start working on a broader basis.”