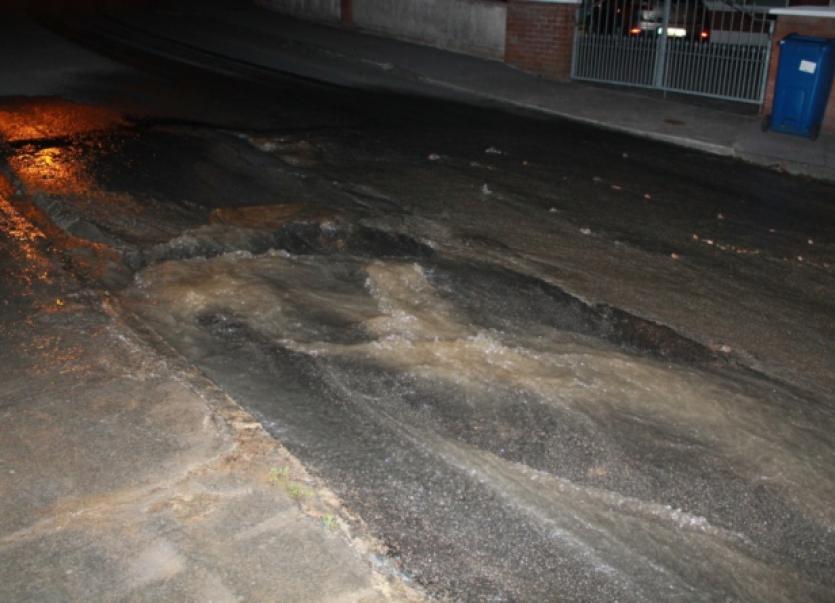 RESIDENTS in an estate are calling on the council to repair a burst water main which has caused problems for two years.

RESIDENTS in an estate are calling on the council to repair a burst water main which has caused problems for two years.

Some people living in the Janemount Park estate, just off the Corbally Road, have had to put up with regular floods in the road, as a shallow pipe bursts.

Kate O’Sullivan, who lives in the estate, said it first burst on Christmas Day in 2012 and has continued to burst ever since.

“It keeps bursting in a new place each time going up the hill. It burst again last night, and only burst about three weeks before this,” she reported.

Limerick City and County Council have taken the estate in charge, which means engineers have attended the estate on many occasions.

However, Kate says they are only patching up the problem, she says.

“They need to fix the problem properly, not have a temporary solution,” she said.

Frances O’Sullivan added that she is fearful of the impact on older people in the estate, saying they could fall.

Fianna Fail councillor Joe Crowley has pledged to investigate the situation, describing pipe bursts as a “huge problem” across Limerick.

He is fearful Irish Water and the council might start “fobbing” problems onto each other.