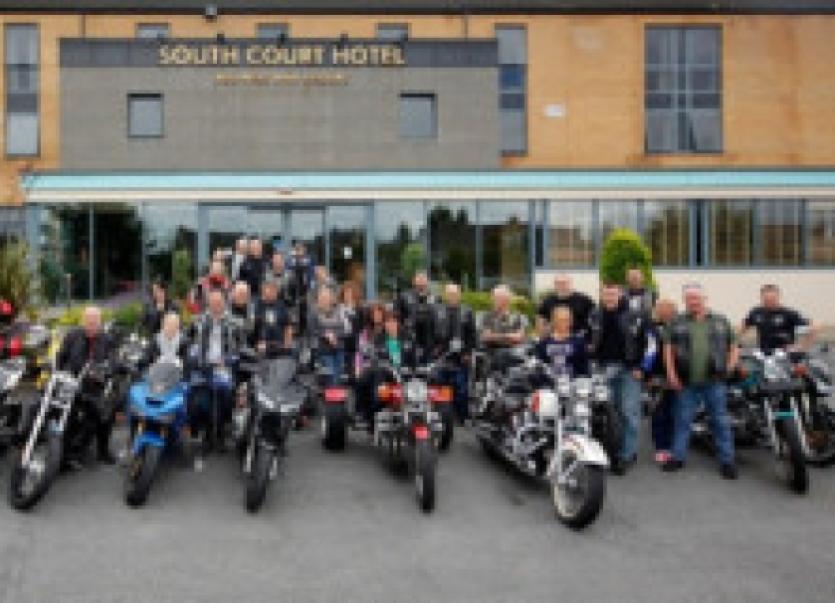 A SELFIE campaign in aid of Console has been launched locally.

A SELFIE campaign in aid of Console has been launched locally.

The campaign asks people to take a picture with their bike and upload it to Facebook, then text the word BIKERS to 50300 donating €4 to Console, which is then passed on by people tagging their friends to do the same.

The selfies started among the motor bike community, but everybody is urged to join, said Leanne Quinn who works in Console’s Raheen office.

“I wanted to start it off within the biker community and hopefully then it would branch out, If you wanted to take a picture with a tricycle you could,” she added.

Console is a national suicide prevention and bereavement counselling service that helps those affected by suicide in any way. “I have been working in Console a few months now and I felt that there wasn’t enough known about the organisation and the work that they do. Almost everyone is affected in some way by suicide nowadays and it is so important to know that there is help at hand,” said Ms Quinn.

The ‘biker selfie’ has been very well supported and raised €500 in its first four days, she explained.

The campaign has been very well received in the biker community who are well known for their fundraising abilities, she added.

“I have a few family members that are in the biker community and I know how fantastic they are at fundraising and charity events, they raise so much money for different charities each year, so I thought I would get them involved.

“For the launch picture we took in the South Court, we had only asked for one bike and all of a sudden 20 bikes turned up,” said Ms Quinn.

Ms Quinn also explained that Console are hoping to rename the month of July each year as ‘bikers against suicide month’.

The ‘biker selfie’ was inspired by the ‘no makeup selfie’ which raised €500,000 for the Irish Cancer Society in its first two days.

Console was established by Paul Kelly in 2002 after he experienced the grief of losing a loved one through suicide.

Console is a national service and that have offices in Dublin, Cork, Galway, Limerick, Kerry, Athlone, Wexford and Kildare.