New departure for Shannon as airport bill is passed 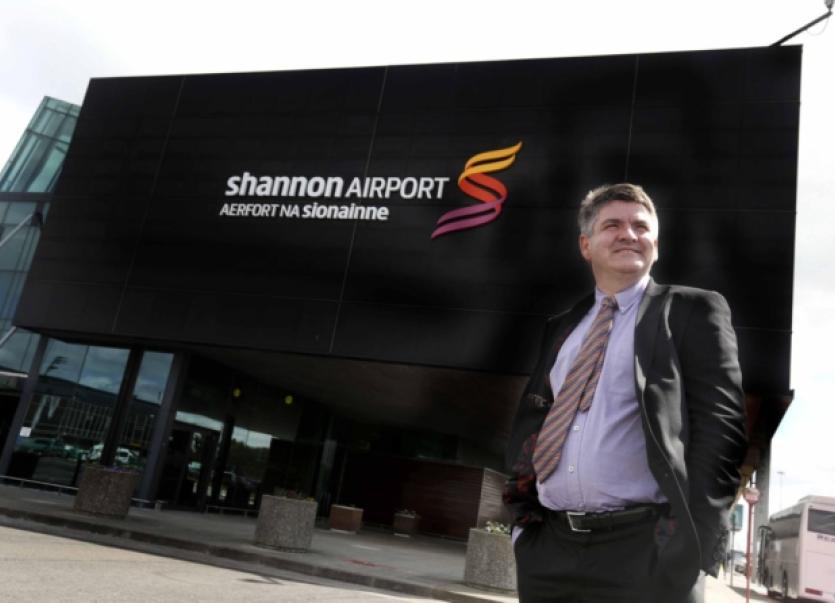 Separated from the DAA last year, the airport company has now been officially merged with the property management functions of Shannon Development after the legislation was approved in the Seanad on Tuesday night.

It will now be presented to President Higgins to be signed into law.

What remains of Shannon Development is now known as

Shannon Commercial Enterprises Limited and will form part of the Shannon Group plc.

Shannon Airport chairman Rose Hynes said: “the passing of the Shannon Bill by both Houses of the Oireachtas are essential steps along the way to the creation of the Shannon Group plc. We warmly welcome this and look forward to the bill being enacted into law by President Higgins.

“The separation of Shannon Airport in January of last year was the first of two key phases in the creation of the Shannon Group plc. Our success in stemming five years of successive passenger decline at the airport in 2013 and moving very much into growth mode this year signals the ambition and drive that will be brought to bear at the new Shannon Group.”

And Shannon Airport CEO Neil Pakey says all the preparations are in place to ensure the transition is smooth.

“The structures and executive team are already in place so we are very much in a state of readiness to hit the ground running once the dynamic new group is formally established.

“We look forward to the exciting challenge ahead of making the group, with Shannon Airport at its core, a catalyst for growth for the wider region,” said Mr Pakey.

Passage of the bill comes a week after Shannon Airport’s first annual report as a stand-alone entity.

It points to progress made in increasing passenger numbers, improving connectivity and on the financial front during 2013.

And it shows that after years of heavy losses – much of it down to servicing a debt that Shannon is now free of – the airport broke even in 2013.

Mr Pakey said that “the first year in the life of the independent airport company produced financial and traffic results in line with targets”.

After a marginal increase in traffic numbers in 2013, the airport is expected to see growth in the double figures this year, Mr Pakey said.

This is already borne out in the figures for the first half of 2014, with the numbers up by 15% on the back of increased services with Ryanair and others.

And on European routes, the numbers are up by a huge 54% this year. Traffic to the UK has increased by 5% and to the United States by 11% in the first six months of the year.

Overall, passenger numbers through the Shannon terminal to the end of June were 653,894, up from 568,133 in the same period last year.

Nine new direct routes have been launched already this year and another seven routes have either added frequency or capacity.

“There are undoubtedly more challenges ahead, but I believe real and significant growth is attainable,” Mr Pakey said.

“While we aim to continue to grow the market, we must also align the business to the markets we are growing, so increased focus must also be given to managing our cost base going forward.”

Ms Hynes said Shannon’s recently-won independence was bringing about a “new culture of entrepreneurship, optimism and creativity which is being applied to address the opportunities and challenges facing Shannon Airport and the Shannon Group”.

“Our mission for Shannon Airport is to continue to drive the traffic numbers, increase connectivity, reduce our operating cost base including through efficiencies, improve the financial performance and develop a broad-based aviation industry cluster centred on the Airport and on the adjacent Shannon Free Zone lands,” Ms Hynes said.