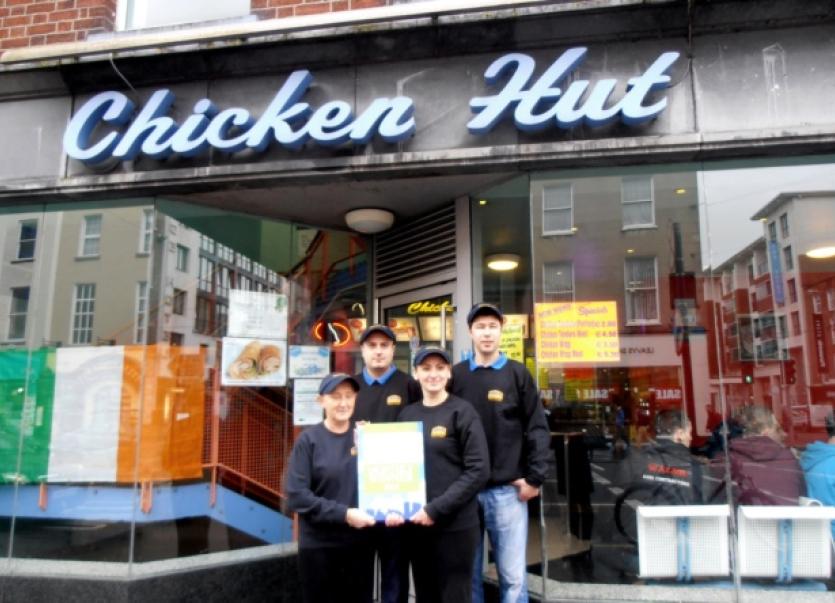 AN O’CONNELL Street fast food outlet has been recognised for the pride it takes in keeping its frontage clean.

AN O’CONNELL Street fast food outlet has been recognised for the pride it takes in keeping its frontage clean.

The judges of the award chose Chicken Hut for the pride all its staff take in keeping the front of its premises clean and checking on a regular basis not only around their own restaurant, but also in the nearby area.

A spokesperson for the Tidy Towns team said they have commented often during their twice weekly clean ups of how impressed they are at how regularly they see staff outside cleaning the premises and it definitely shows. It’s a wonderful example of how effective it would be if every business were to take such care with the area around their own premises.

Maura O’Neill, the secretary of Tidy Towns, praised the staff at Chicken Hut.

“We wanted to acknowledge their efforts. If everyone cleans their premises the way they do, it would make our job a lot easier,” she said.

For 2014, Limerick Tidy Towns will be awarding one city business each month which strives to keep their premises, and the surrounding area clean.

Chicken Hut follows in the footsteps of Lucky Lane, the new market opened in Catherine Street, which won the January award.

All the winning businesses will then compete for the overall prize, awarded in December.