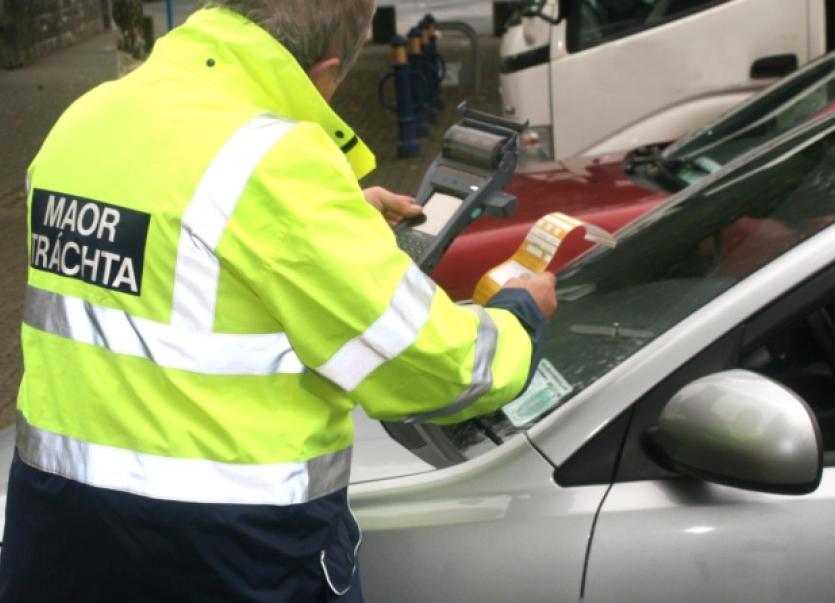 TRADERS in Limerick have accused City Council of being “out of touch” with their needs after what they saw as an increase in traffic wardens and ticketing.

TRADERS in Limerick have accused City Council of being “out of touch” with their needs after what they saw as an increase in traffic wardens and ticketing.

Documents obtained by the Limerick Leader under the Freedom of Information Act have laid bare the fears traders in the city have over the viability of their businesses.

City Council stands accused of forcing people out of town through an increase in parking tickets – which carry a fine of at least €40 – while more than one retailer has admitted that they may have to make staff redundant due to a downturn in trade.

Among those making contact with the council are Shane Gleeson, Spar; Noel Barron, of Italian restaurant Olio & Farina; Alan Kingston, Robin Archer Crested Clothing and Frank O’Mahony, of O’Mahony’s bookshop, who has long been critical of the city centre parking situation.

The problem became so profound that City Council CEO Conn Murray ordered a meeting of traffic staff “as a matter of urgency” in the hope “common sense actually does prevail”.

In an email to city councillors, Mr Kingston said the “jackboot attitude” of the council and its wardens will “finish off” many businesses in the city.

His email reads: “One of my customers popped into my shop for a €5 purchase, was here for not more than five minutes, and when she returned to her car across the street, she had a €40 fine. That’s €45 to a very hard-pressed customer. Do you understand the way that lady is thinking driving home this morning? Do you understand that this lady will tell her friends, who will tell their friends etc.”

He also accused the local authority of “harassment of an elderly gentleman”, when a traffic warden asked him to move on from a parked place while waiting for his elderly wife.

“Are you so hungry for money that you are blind to the consequences of your actions,” he said.

In response, a council employee – who investigated this – wrote that the warden “spoke to the elderly gentleman and informed him he was in a loading bay and pointed out disc parking on the same street for him. As this was taking place, two men across the road started shouting across to the traffic warden to leave him alone [as] he’s an old man.”

Shane Gleeson, who owns the Spar in Catherine Street, wrote: “As you are aware, I am the largest seller of tickets in the city, and as such, I get the aggression from the public over the actions of the wardens. People are coming in to get a parking disc, and by the time they return to their cars, they are ticketed.”

The council has often stated that drivers are allowed a 10-minute ‘grace period’ to allow them to secure a ticket for their car.

But Mr Gleeson – who says he has had to let two staff go as a result of a loss of trade – says this is “patently not being applied”.

Aine Molloy, a landlady to businesses in O’Connell Street and Bedford Row, said in an email that to keep her tenants trading, she has had to give a 50% rebate in rent. “I am not alone: many other landlords now find themselves in a similar situation. I am of the sincere belief that the city management are very much out of touch with the serious challenges and difficulties that face traders in the city who are struggling to survive,” she added.

In an email addressed to Paul Foley, Limerick City Council, Frank O’Mahony indicated his business was being seriously affected after 113 years trading in the same spot.

“Our staff have never had such a volume of complaints about the new traffic wardens than we have had about any traffic management scheme over the past few weeks. It is already having a severe effect on trading,” he wrote.

Noel Barron, of Olio & Farina, Little Catherine Street, encouraged the City Council to make parking in Limerick free on Saturday. “I myself got a ticket recently for being 10 minutes late. How about making Saturday a free day in the city for parking to get people back in? If the situation continues as it is, and its hard enough to keep up with rates, I will have no other option to cut down on staff,” he said.

“The primary objective of the council’s on-street parking management policy is to ensure that people visiting the city get a fair price for parking, a fair opportunity to park, a fast and convenient means to pay and a fair means of appeal,” he wrote, “Persons wishing to park for longer than two hours have the facility of off-street car parks.”

He added: “I can also confirm that City Council offer one of the lowest hourly on-street parking rates in the country at €1 per hour, significantly cheaper than our neighbouring cities of Cork and Galway, where on-street rates are €2/hour”

But following the deluge of complaints, city manager Conn Murray told Paul Foley, then of the economic department, to hold an “immediate meeting” with Mr Crowe before the next council meeting.

“He should advise those that have been in contact the meeting is being arranged as a matter of urgency as a consequence of the issue being brought to my attention. The hope is common sense actually does prevail,” he added.