Limerick college doubles in size as it migrates to the Parkway 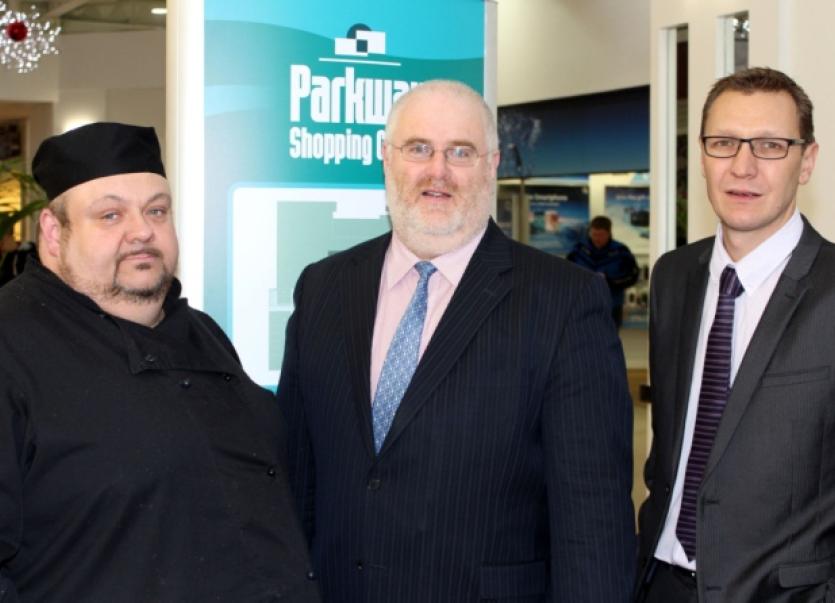 AHEAD of its 30th anniversary next year, the Parkway Shopping Centre has welcomed two new businesses, creating 31 jobs.

AHEAD of its 30th anniversary next year, the Parkway Shopping Centre has welcomed two new businesses, creating 31 jobs.

City College, a business school, and Cafe Cupcake are both opening their doors in the centre in the coming days.

They are moving from Arthur’s Quay Shopping Centre for extra space due to a growing demand for their services.

More than 300 students avail of the college’s courses, and some 21 staff are employed, a number which will increase in the Parkway SC.

Meanwhile, the Cafe Cupcake coffee and sandwich shop has opened its second Limerick outlet in the Parkway next week, in a move which will create ten additional jobs.

With all the shops in the Parkway Shopping Centre, more than 350 people are employed.

He has encouraged people in Limerick to shop local this Christmas.

City college director Mr Anderson said the move will allow it to double its student population to 600.

“We are going into a new area. We are focusing on the provision of grind sessions, after school supervised clinics for junior and leaving certificate students,” he explained.

The college will move onto a siteonce occupied by the former Limerick Teacher Training Centre, and the Limerick Education Centre.

“We are a college - not just a university, offering an array of programmes from diplomas to English language classes, and contractor training,” he said, hailing the move as a “new beginning” for the institution.

Meanwhile, a spokesperson for Portuguese-inspired chicken restaurant Nando’s has denied claims the firm will open a branch in Limerick at the present time.

This comes after a rogue Facebook page was set up, claiming the restaurant, which has a number of outlets in Dublin and Cork, was preparing to open at the Childers Road retail park.

Last year, Nandos Ireland managing director Alan Syman said they were looking to open in Limerick and Galway, but it probably will not happen until after the start of 2014.