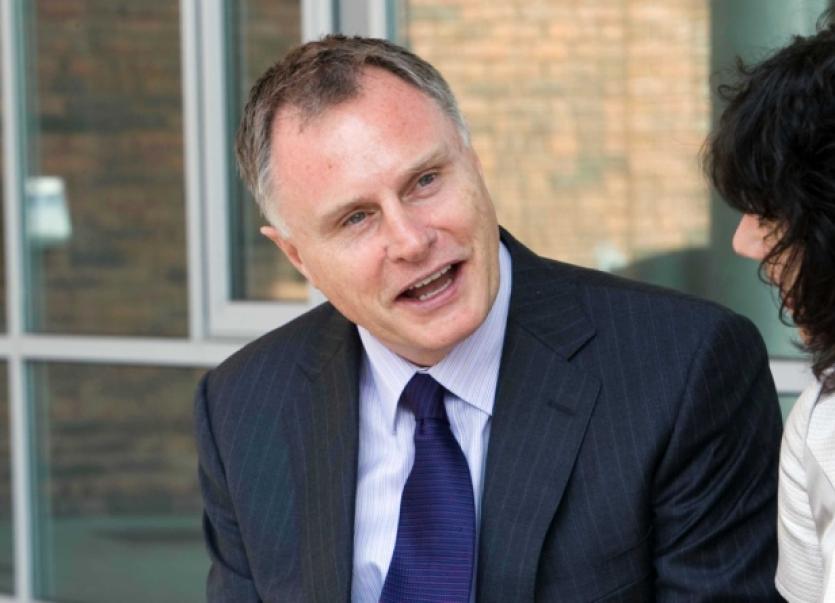 Statistics out by the IDA this week show that Limerick received 30 visits organised by the IDA from investors interested in the city last year.

In the first six months of 2013, there have been some 20 IDA-backed visits to Limerick.

But the county still lags behind Cork, which welcomed 38 investors last year, and Dublin which had 124 site visits.

Mr Hartnett - who will welcome some of the world’s top businessmen to the city through the Irish Technology Leadership Group forum in January - believes Limerick should be competing with the capital.

“Right now, Limerick is producing over 20,000 students. When you think about the one thing that big companies want, this is access to talent. Access to an international airport is hugely important too. When you look at companies like Analog and Dell, Limerick has a super track record: What we need to do is roll up the sleeves ourselves and start putting Limerick on the map internationally,” the Corbally native said.

Mr Hartnett, who is based in the Silicon Valley, and has seen LIT’s Enterprise Acceleration Centre named in his honour, added: “We should be driving to get at least 200 companies coming in to look at Limerick every year. Dublin is getting the lion’s share of any IDA clients coming into Ireland, and my ambition as a Limerick man is to get our fair share of that.”

LIT will play host to the 2014 meeting of the Irish Technology Leadership Group in January next.

Executives from Apple and Cisco will be present at the two day summit on 27 and 28 January.

Mr Hartnett said he wants small companies present to tape into their expertise, and secure start-up funding in the same way Castletroy firm Powervation did in 2008. The microchip producer, has raised more than $20m in start-up funding since the technology group first helped them five years ago.

Mr Hartnett said: “Our ambition from the outset was to connect Ireland and the Silicon Valley. The combined market capital of companies is about $2.5trillion. Compare that to Ireland’s GBP, which is €150bn, and you can see that being connected into that eco-system is really important.”