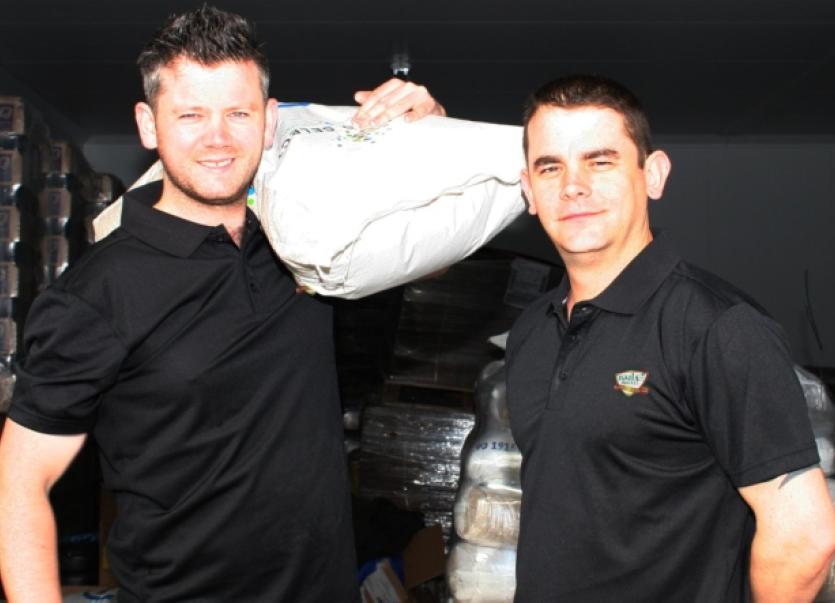 TWO cousins from the county have created and marketed their own brand of pale ale - and they are hoping to open a brewery in Limerick next year.

TWO cousins from the county have created and marketed their own brand of pale ale - and they are hoping to open a brewery in Limerick next year.

Paul Noonan, who hails from Ballylanders and his cousin Jason Noonan, raised in Corbally, got together last year to formulate Baile Brew.

The pair quit their jobs in sales and marketing and IT respectively to focus on their dream of seeing their own beer on sale in shops.

The “part hoppy, part crafty” pale ale is on sale in five pubs across the city, where it has garnered a positive response from drinkers.

It is currently produced in Mitchelstown, Co Cork, in the same factory that Eight Degrees, another microbrew is produced.

But Paul says: “The idea is to open a brewery in either Limerick city or county. This is the plan of action. At the moment [craft beers] only represent 1% of the market. It is a growing industry. To really make [our company] grow, we need to open a brewery in the next year.”

Baile translates from Irish to English as ‘home’ - and this is a nod to Paul and Jason’s keen home brewing exploits of the past.

“We had always been interested in homebrew. But we wanted to be able to walk into a pub or off-licence and buy our own beer. We were bored of the likes of the Heineken, Budweiser, Carlsberg-type industrial style beers. So we decided to start our own craft beer company, and see what happened,” Paul explained.

Baile Pale Ale, Paul says, is a “citrusy-type beer, with hops added in during the brewing process. It is not an extremely hoppy beer, and not extremely crafty. It is inbetween: we wanted to go safe with our first brew.”

Indeed, he hopes the pale ale is the first of many ale’s they produce.

Having scoured Britain, and the United States of America for new ideas, the pair plan to keep launching new products.

He said: “The key to how we are different from other beer companies, is that we need to keep innovating to keep up with what is our there.”

Sales so far are going well, he added, with their beer selling out in some of the pubs they are on sale in.

You can buy Baile Brew at the Still House in Thomas Street, where the brand launched.

Alongside this, it can be purchased in Phil Flannery’s Bar, Denmark Street, Russell’s Bar on the Fr Russell Road, the Hi-way Bar in Dooradoyle, and the White House pub on Glentworth Street/O’Connell Street.

Paul - whose relatives reside in Annacotty - say they hope to increase the number of bars they supply to across the city and the county.

Baile Brew Pale Ale is already on sale at a number of bars and off-licences in counties Cork, Wicklow and Dublin. It sells at €4.80 a bottle.