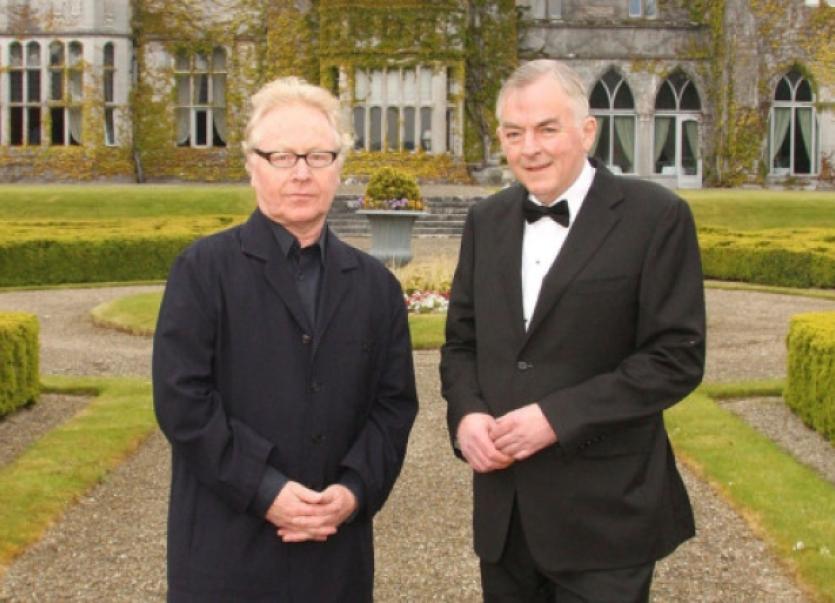 A FORMAL announcement is expected shortly of a “significant investment” in a state pharmaceutical centre, the president of UL Don Barry revealed at the 10th gala dinner at Adare Manor last Friday night.

A FORMAL announcement is expected shortly of a “significant investment” in a state pharmaceutical centre, the president of UL Don Barry revealed at the 10th gala dinner at Adare Manor last Friday night.

The good news for UL and the region follows the decision by the university to focus on research in the pharmaceutical sector in Ireland. It is understood that the new centre will be based at UL.

“One of the early fruits of our focus on research in the pharmaceutical sector in Ireland has been the recent decision by Science Foundation Ireland to fund the Synthesis & Solid State Pharmaceutical Centre. This is a unique collaboration between 17 pharma companies and eight academic institutions and is led by UL,” Mr Barry told the 200 guests at the dinner.

“We,” he added, “will be welcoming some government ministers to UL shortly to make a formal announcement and, even though I am sworn to secrecy, I can tell you that this will involve a very significant investment and UL is set to play an even greater role in this key industrial sector,” he said while going off script at the function.

It is understood that the initiative will help to retain jobs in existing pharmaceutical companies and support local management in the intra-corporate competition for new investment projects. Dr Barry added that a key theme of the research is its focus on process efficiencies and ‘greener’ chemistry, which will have a positive impact on the environment by reducing and in some cases eliminating the use of environmentally hazardous materials.

As is the norm there was a very impressive guest list including Minister of State Jan O’Sullivan, who sits at the Cabinet table as a super junior minister with responsibility for housing and planning and Alan Kelly, minister of state for public and commuter transport.

Others spotted at the event included former Irish rugby coach Declan Kidney, who was seen chatting to Dave Mahedy, director of sport and recreation at UL; Mr Justice John Murray, who is UL Chancellor; Tim O’Connor, chairman of The Gathering advisory board; Mayor Gerry McLaughlin; cathaoirleach of the County Council, Jerome Scanlan and the chief executive of the Limerick City and County Councils, Conn Murray.

A special performance was given by singer Paul Brady at the event, which raised funds to support the Paul Brady Scholarships for the Blas summer school in UL.

The scholarships at the Irish World Academy of Music and Dance in UL provide places for deserving musicians who benefit from master classes and tuition from some of Ireland’s most respected traditional musicians and dancers.

“It is very gratifying that one of Ireland’s biggest music legends, Paul Brady, has chosen UL to host his very own music scholarships - and that he has chosen to perform at this UL event, where we are celebrating UL’s 40th anniversary, makes it all the more special,” Mr Barry told guests.

UL Foundation CEO David Cronin added: “We are very grateful to Paul Brady for his support in helping to fund these scholarships. The fact that professional, established musicians like Paul see Irish World Academy of Music and Dance in UL as a world-class hub of music and dance excellence makes us very proud.”

Organised by the University of Limerick Foundation, the President’s Dinner is an annual fundraising event which supports a different project each year. Ulster Bank and Noonan Services sponsored the event this year.