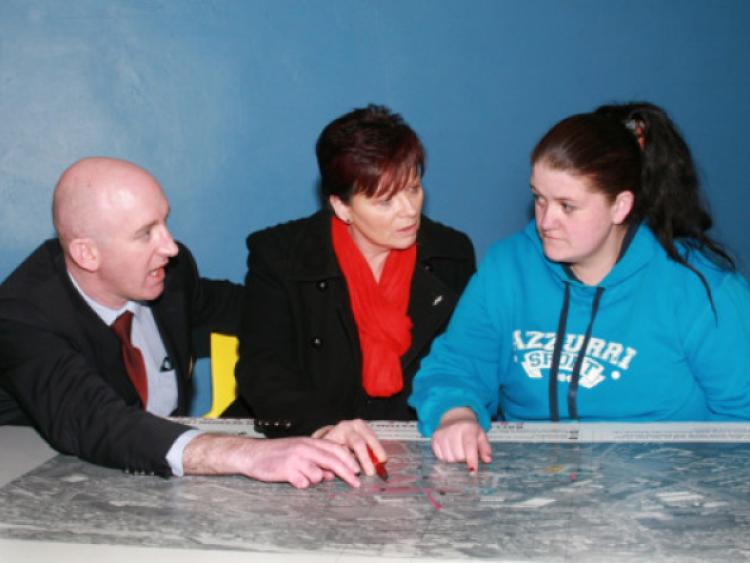 THE Office of Regeneration is seeking views from members of the public on proposals to redevelop a number of local authority housing estates on the southside of the city.

THE Office of Regeneration is seeking views from members of the public on proposals to redevelop a number of local authority housing estates on the southside of the city.

The proposals for the Ballinacurra Weston, O’Malley Park and Keyes Park areas have gone on display as part a public consultation process.

If approved, the plans will see the construction of a number of housing developments and other community facilities over the coming years.

Public information sessions have been held over the past fortnight at the Our Lady of Lourdes Community Centre and the Southill Area centre as part of the process.

Those sessions allowed local residents an opportunity to view the plans and to discuss them with officials from the Office of Regeneration.

“We consider this feedback to be hugely valuable and we thank all those who gave up their time to review the proposals, he said.

Mr Murphy added that “honest, frank and informed feedback,” had been received from those who attended the public information session.

The unveiling of the long-awaited proposals are the result of considerable work between the Office of Regeneration, headed by Oliver O’Loughin, and community representatives..

A number of other agencies including the PAUL Partnership and An Garda Siochana, participated in the process to draw up the plans.

While a large number of houses have been demolished since the Regeneration Programme began almost six years ago, there has been no new construction on the Southside of the city.

Last month, the first development under the auspices of the regeneration process, was officially opened in Moyross.

Located at Cliona Park, the development, which cost €4.4 million to build, consisted of 34 residental units.

Following eighteen months of construction, the keys were handed over by Limerick City Council to the new residents last month.