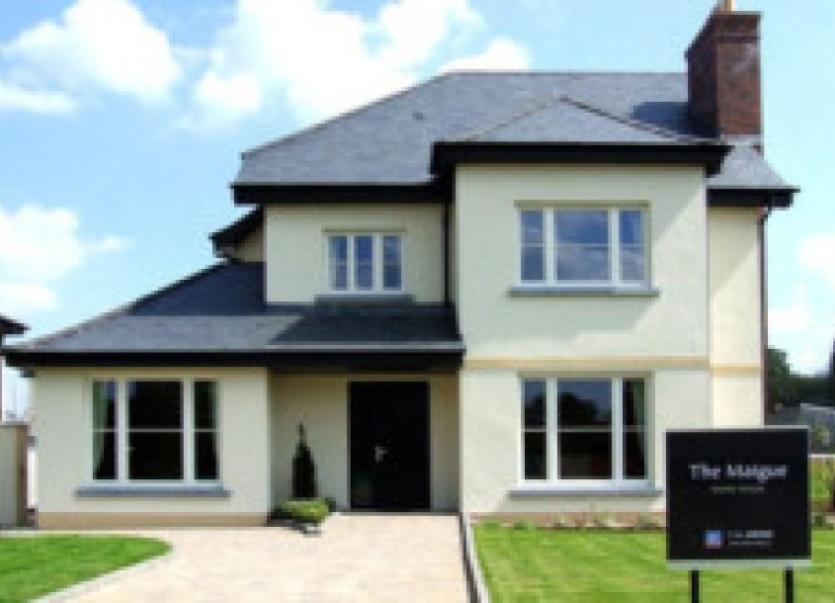 Baffled homeowners in Limerick have been contacting local auctioneers for guidance this week after the revenue commissioners published their online property valuation guide.

Baffled homeowners in Limerick have been contacting local auctioneers for guidance this week after the revenue commissioners published their online property valuation guide.

The online guide - which outlines estimated property values for the entire country - has only served to add to the confusion surrounding the controversial property tax. It shows that the vast majority of detached houses in Limerick city and county falls into bands 2 (€100,001 to 150,000) or 3 (€150,001 to €200,000). However, the valuation is based only on three criteria - the location, property type (detached, semi-detached, apartment) and age. As a result, there are a number of obvious anomalies. For example, a detached house in Fr Russell Road, Dooradoyle currently on the market for €650,000 would, according to the revenue estimates, be in band 3, and so would be worth between €150,000 and €200,000.

Lisa Kearney of Rooney Auctioneers confirmed that they are “receiving quite a few calls daily” from homeowners seeking information about the tax and asking about independent valuations.

For example, detached houses in the Adare area all fall into band 3. However, the property price register shows that only two of the 12 houses sold in the area between November and February, went for €150,000 or less, with the remainder fetching anything from €180,000 to €450,000.

Most auctioneers agree that, while the revenue estimates may offer an approximate guideline to homeowners valuing their homes in the urban areas, particular problems arise when it comes to rural areas.

“It is not a precise science. The estate homes are relatively easy to value, but a house in the county could be a bit more difficult,” commented auctioneer John deCourcy, pointing out that there can be big variations in the sizes and types of houses in the county.

However, he believes that overall, the estimates and tax rates are “reasonable”. “It is not too severe; I expected it to be a lot worse,” he added.

Auctioneer and valuer, Pat Dooley, agrees with the general consensus that the revenue guidelines are too vague. “It values a property based only on location and property type and doesn’t take account of the number of bedrooms, or whether it has had an extension built on it,” he said, adding that the valuation of a semi detached home could vary from €130,000 up to €200,000, depending on the number of bedrooms, square footage and general condition of the property.

With householders due to receive letters from Revenue in the coming weeks outlining the estimated value of their properties, he anticipates further confusion over the matter.

“When the forms come out next week, I would expect auctioneers’ phones to be hopping. People won’t know whether to under-value or over-value their homes so the best thing would be to get an auctioneer to do a valuation,” he said.

For homeowners who want a more accurate picture of the value of their homes, he suggests referring to the Property Price Register to find out what houses in their area sold for in recent months.

Alternatively, a group of householders in an estate or a specific rural area could opt to band together to contract an auctioneer to do a group valuation of their homes. Most auctioneers say they would be happy to negotiate a reduced group rate in this instance.

Minister for Finance Michael Noonan has stressed that the new tax is about “self-assessment” and that homeowners do not need to accept the figure they get either from the online estimator or in the letters due to be sent out from Revenue.

“The tax payer puts the value in but of course it must be accurate and honest,” he said.

The legislation allows for fines of €3,000 for homeowners who undervalue their property.