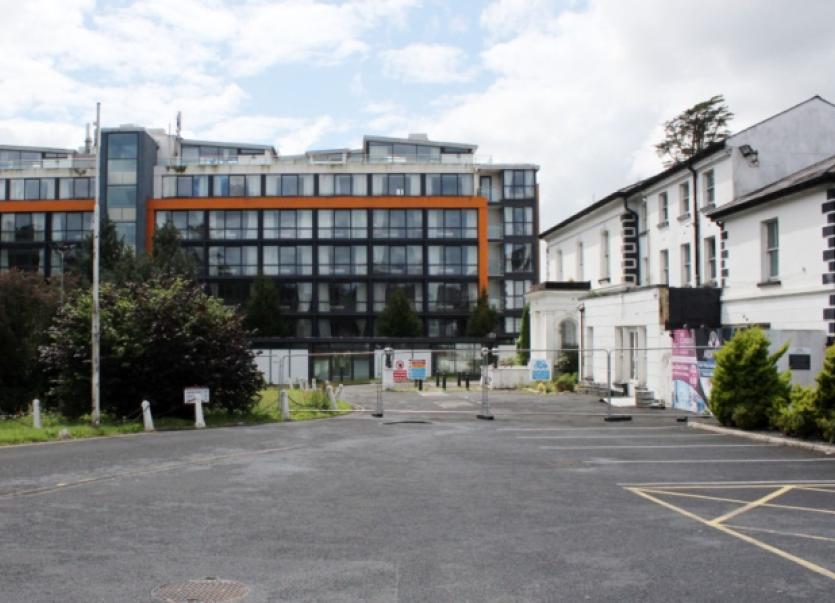 A FORMER northside hotel could be converted into residential apartments according to updated plans due to be submitted to council.

A FORMER northside hotel could be converted into residential apartments according to updated plans due to be submitted to council.

The Clarion Suites apart-hotel closed in 2010 with the loss of 25 jobs, and the company behind the development, Budelli Construction collapsed into receivership.

But now Eoin Ryan, of HLB McKeogh Gallagher Ryan, who has been appointed statutory receiver, has announced his intention to apply to Limerick City and County Council to regenerate the site.

According to the plans - which must be submitted to council within two weeks - the apart-hotel will be converted into 61 apartments.

In addition to this, four new apartments are planned for the neighbouring Ardhu House, with nine two-storey dwelling houses also proposed to be built on site.

Northside Fine Gael councillor Michael Hourigan welcomed the fact there could be development on the site, but said there are some unanswered questions remaining.

“I have no objection to apartments as such. My worry is the management structure in any apartment block. I would be very anxious to know what management structure is going in there. Also, how will the apartments be used? Will it be for renting, for buying or letting, or what? Who will they rent them out to? There are a lot of unanswered questions,” Cllr Hourigan said.

He said he would expect a lower density of apartments than the number of people able to be accommodated in the Clarion Suites apart-hotel.

But this does not appear to be the case, with 61 units matching the number of beds in the hotel.

“I would be glad to see the site being developed, but in a proper way which will enhance the area, and without any negative effect on the people living beside the site,” he added.

However, the receiver appears to be keeping his options open with regard to the site.

For back in May, he also secured permission for a development at the same site, which would have seen a different development.

Instead of 60 apartments, documents presented to council show a slight reduction, with development happening in three stages, plus 11 town houses, and five two-storey residential units.

The Clarion Suites Hotel initially closed on a temporary basis in 2010, before it was confirmed a year later it would not reopen.