Fears over plans for former Clarion Suites in Limerick 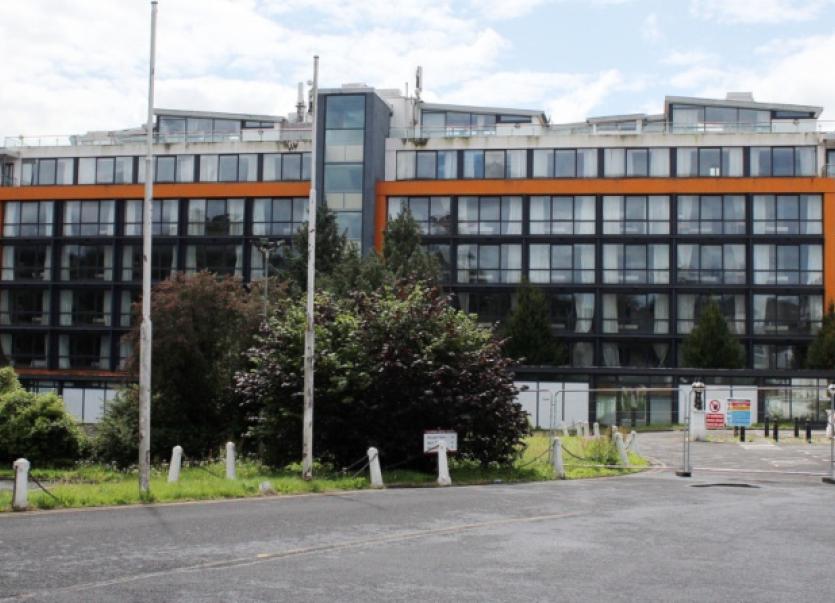 CONCERNS have been expressed over plans to redevelop the former Clarion Suits hotel complex on Limerick’s Ennis Road, which may now be redeveloped as apartments.

CONCERNS have been expressed over plans to redevelop the former Clarion Suits hotel complex on Limerick’s Ennis Road, which may now be redeveloped as apartments.

Plans are to be lodged with the council to convert the former Clarion Suites building into 61 living units. In addition to this, four new apartments are planned for the neighbouring Ardhu House, with nine two-storey dwelling houses also proposed for development on site.

Local Fianna Fail councillor Joe Crowley said there were fears among the community that the building – which closed in 2010 – could become a “refugee camp”.

Concerns have also been raised these new units could be “shoebox apartments”, with the number of spaces set to be the same as the number of beds the hotel had.

“If it is going to be what was planned before, which was more or less a refugee camp, this would not be something we would want in the area,” he said.

But Cllr Crowley said he would embrace “with caution” the idea of a mix of social and private housing.

“If an apartment is going to be sold on to individual people, I would have no concerns on that. But if the apartments are going to be kept by a company to rent them out, then you have problems around car spaces, car parking and a lack of open space for people,” he said. “I would be very anxious to know what management structure is going in there. Also, how will the apartments be used? Will they be for renting, for buying or letting, or what? Who will they rent them out to,” Cllr Hourigan asked.

He said he would expect a lower density of apartments than the number of people able to be accommodated in the Clarion Suites apart-hotel. But this does not appear to be the case.

“If they are to be shoeboxes, that is an issue,” said Cllr Crowley.

However, both councillors welcomed the fact the area was being developed, and the potential knock on benefit of jobs being created in the process.

Residents neighbouring the hotel faced a bitter battle with the developers when it was first built in place of the former Ryan Hotel, citing concerns over a lack of car parking in particular.

One North Circular Road resident, who did not wish to be named, said a lack of parking was likely to be a problem again. She said there would be an overflow of cars onto the road.

“If they are going to build 60 apartments, it is not rocket science to know how many cars are going to be on that site. I know residents will not have the whole area covered with cars on the street. There is no way,” she said.

Eoin Ryan, HBC McKeogh Gallagher Ryan who has applied as statutory receiver to the original developer Budelli, did not return calls for comment.