Disappointment in Limerick as Andy Lee bout is moved 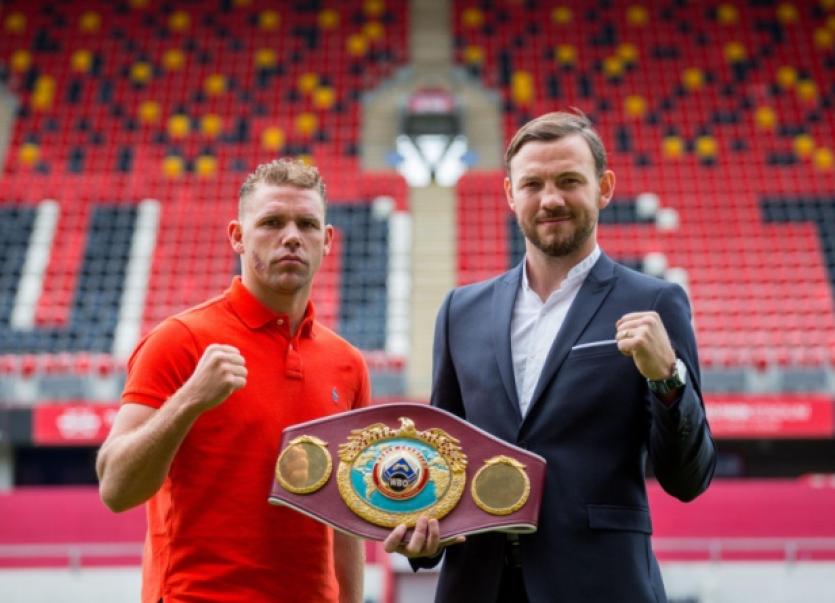 Hoteliers, business owners and boxing fans across Limerick have expressed their disappointment at the decision to move Andy Lee’s world title defence to the UK, which had orginally been scheduled to take place in Thomond Park next month.

Hoteliers, business owners and boxing fans across Limerick have expressed their disappointment at the decision to move Andy Lee’s world title defence to the UK, which had orginally been scheduled to take place in Thomond Park next month.

“I am very disappointed it is not going ahead. It is a blow, it would have been great to have had a World Title defence taking place, and everyone was really looking forward to it. It was the first time something of that magnitude in the boxing world has taken place in the region,” said Sean Lally of the Strand Hotel.

“The person I feel most sorry for is Andy Lee himself. The guy is an ambassador for Limerick, for Ireland, and I think everyone in Limerick is proud he is from Limerick. He made a point of saying when he bought the world title back to Shannon he made a point of saying his dream was to defend his world title in Limerick. Hopefully he will go to Manchester in October, win the title and you never know what might happen in the summer of next year,” he added.

Helen O’Donnell of the Limerick City Business Association said the decision not to stage the fight at the home of Munster Rugby was a blow to the wider city.

Cllr Sean Lynch, a board member of Limerick Sports Partnership, said he hoped there is some way the decision might be reversed.

“It certainly is a huge loss to Limerick in a time when we are bidding for European Capital of Culture, and this was an opportunity to showcase Limerick when you have the world media on our doorstep, so it’s a pity. And it’s a sad day for Limerick, so you would have to call on our marketing board to make sure whatever has to be done is done to secure that the fight still goes ahead as planned.”

There has been huge disappointment too within boxing circles in Limerick.

Gerry Barry Sr, president of the Southside Boxing Academy said he was sceptical about the reasons being given for delaying and moving the fight.

“I think they were making up the virus and, secondly, I think it was all about ticket sales. It’s a pity and a huge shock,” he said.

He added that some people in the boxing community locally were starting to become sceptical after Katie Taylor pulled out of the undercard.

“To be honest, it was expected. How can you say at the same time that the man is sick, and then say that an arrangement has been made for the match in October? I think it’s odd that the next match has been organised so soon. He was going to get all the support here. The lads in the club were all going to go as a group, and now they may never get an opportunity to see something like this again. It’s a once-in-a-lifetime event, in my opinion,”