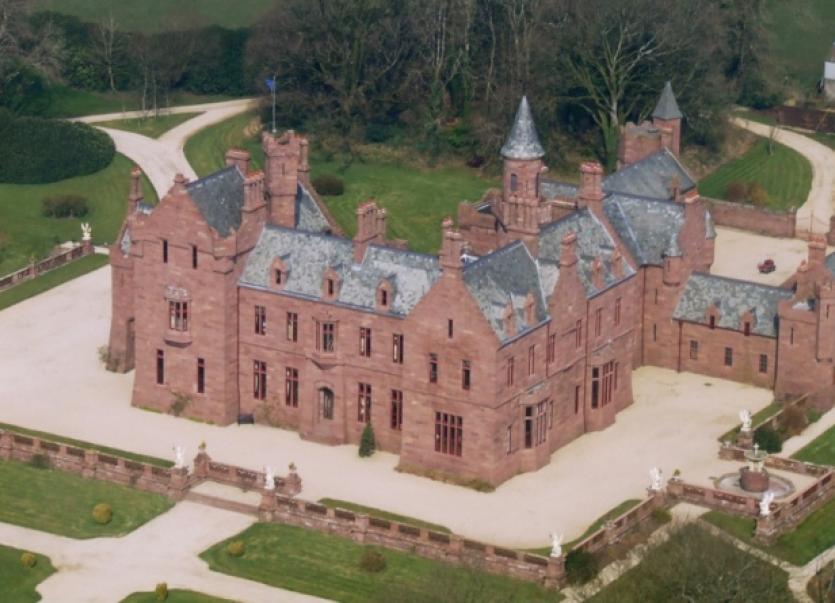 AFTER more than two years on the market, Castle Oliver in Ardpatrick has been sold to an Australian family for an undisclosed sum.

AFTER more than two years on the market, Castle Oliver in Ardpatrick has been sold to an Australian family for an undisclosed sum.

The Limerick Leader can confirm that the deal was closed this Monday through property agents Ganly Walters in Dublin.

The property was advertised at €2.95 million, but the exact sale price has not been disclosed. However, sources told this newspaper that the former owners have received “a very good price”.

The new owners are a family from Melbourne, who work in the transport industry.

Sources told this newspaper that the family, who do not wish to be identified, fell in love with the location when they visited Limerick this March and plan to use it as their family home for several months of the year.

“They are extremely happy and considered various places throughout Europe, but said that they enjoy Ireland so much and the people of Ireland that it was a very easy decision for them to make. They love Ireland, and have ancestors here going back several generations.

“They really just fell in love with the place and said that people have been extraordinarily friendly. It was the place they enjoyed the most,” said a source.

A number of weddings previously planned for the autumn will also go ahead as planned, however the castle will be used as a private residence thereafter.

The dramatic residence, frequently used for weddings, was put on the international map last year, after Kim Kardashian and Kanye West spent part of their honeymoon at the hide-away location. The famous couple spent in the region of €15,000 on their stay in Limerick. It was also named European House of the Week on the prestigious Wall Street Journal a year earlier.

Emma and Declan Cormack, a couple in their 30s from Northern Ireland, bought the castle in 2006 and invested a substantial sum to restore it to its former glory.

“They [the new owners] very down to earth and kind people who we know will be a great contribution to the area,” Emma told the Leader.

“They visited Castle Oliver in March this year and immediately fell in love with the castle, the area and the local people.

“They purchased it as a holiday home and intend to spend quite a bit of time there, they also plan to continue the ongoing restoration and maintenance of this historic treasure which has been taking place for many years now and in doing so providing much needed employment in the locality.

“We would like to thank all the local community who have supported us and all our events at Castle Oliver over the past 10 years and wish the new family all the best on their adventure in this magical building set in one of the most idyllic regions of Ireland,” she said.

Emma earlier told the Leader that the reason for the sale is that they wish to move on to other projects further afield.

She earlier said that they are keen to explore a new home beside the sea, and potentially in Scotland “because there are so many lovely castles by the sea there. We will go to wherever our heart goes to,” she added.

Since purchasing the property, the Cormacks invested a substantial amount of money and restored the premises right down to its original wine cellar with capacity for 55,000 bottles. This is accessed by an original stone spiral staircase that also leads up to the belfry via 97 steps. The couple also made the castle available to rent as an exclusive self catering property for weddings, gala dinners, family get-togethers, reunions, and birthday parties.

Built in red sandstone in the Scottish Baronial style, Castle Oliver cuts an imposing figure in the Ballyhoura countryside with turrets, towers, a flag tower; and 5ft griffins keeping vigil.

Upstairs, there are two wings, one with seven suites, with copper stand-alone baths and large four-poster beds. One of the beds, weighing half a tonne, is a replica of one the King of Norway owned.

Most bedrooms have fireplaces and views over the lawns. A further seven bedrooms, housed in the servants’ wing, are more modest in comparison with the grandeur of the suites.

The kitchen is behind a secret door from the dining room and features hand-painted cabinets. The private gardens include manicured terraced gardens, a lake, a sunken orchard garden with a fountain, and a folly with an out-door hot-tub. The couple – who have three children – had over the past eight years been dividing their time between Templepatrick in County Antrim and Limerick.

The children attended Ardpatrick National School for a time.

The lands where the castle stands were settled in about 1658 by Capt. Robert Oliver, one of Oliver Cromwell’s soldiers.

The present castle replaced the former Castle Oliver, which stood a thousand yards to the south-west and was the birthplace of Eliza Oliver, mother of the notorious Lola Montez, who became the lover and favourite of King Ludwig I of Bavaria.

Mary Isabella and Elizabeth Oliver Gascoigne both commissioned the present castle in 1845. It was designed by the York architect George Fowler Jones in the Scottish Baronial style and built in a local pink sandstone, quarried on the estate.