Vacant houses in Limerick to be refurbished 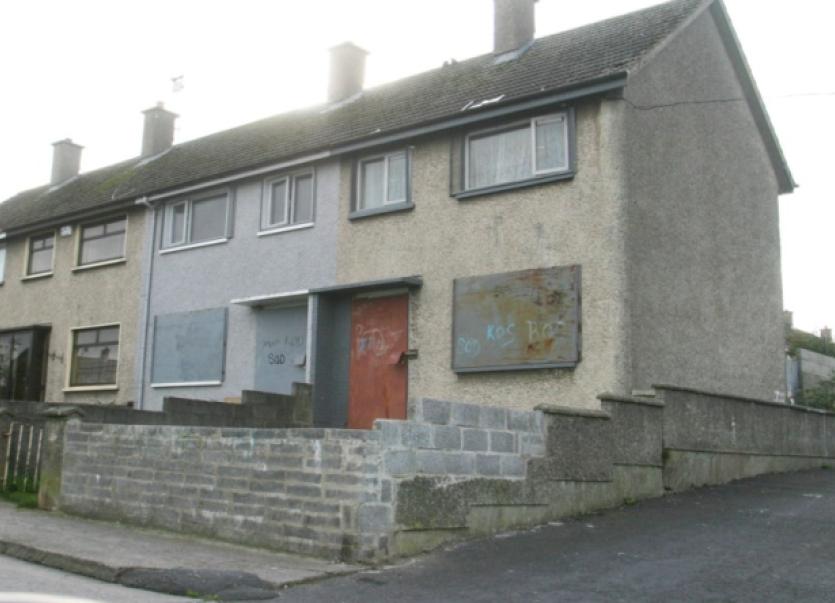 ALMOST half a million euro in government funding has been allocated for the refurbishment of vacant local authority houses across Limerick city.

ALMOST half a million euro in government funding has been allocated for the refurbishment of vacant local authority houses across Limerick city.

The Department of Environment, Community and Local Government said Limerick City and County Council will be able to re-let more than 30 houses once the works are complete.

“The funding that I am announcing will significantly improve the quality of life of many people across Ireland. One of my huge frustrations is seeing boarded up social housing not being used, therefore it is important to see vacant units come back on stream as quickly as is possible,” said Minister Alan Kelly, who announced details of the allocation.

Cllr Joe Leddin welcomed the allocation of €426,708 to the local authority from the department.

“I meet regularly with local residents who continue to express their genuine fear and concern for their community arising from boarded up houses within various estates. I have consistently highlighted the problems caused by these unoccupied houses for the local community in terms of anti social behaviour, dumping of rubbish and the poor physical appearance these houses create within communities,” he said.

A spokesperson for Limerick City and County Council confirmed the monies will be used to carry out refurbishment works at houses which have been vacant for at least six months.

Details of the exact houses which will be refurbished and re-let will be confirmed by the local authority in the coming weeks.

“This work will both provide a home to some family currently in need of housing from our waiting list while simultaneously improving the physical appearance of the housing estate and improving the sense of security and safety for existing residents,” said Cllr Leddin.

Separately, a block grant of €2,28m has been allocated to Limerick City and County Council to fund housing adaptations for older people and people with a disability who are living in private houses.