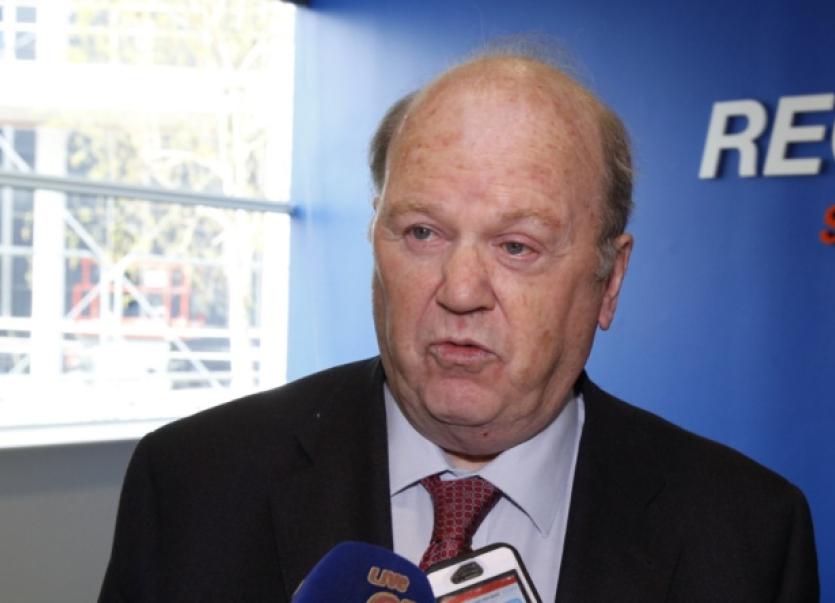 FINANCE Minister Michael Noonan has said “two to three” further big investments in Limerick are expected to be announced shortly.

FINANCE Minister Michael Noonan has said “two to three” further big investments in Limerick are expected to be announced shortly.

He was speaking at Fine Gael’s Limerick City constituency annual general meeting (AGM), which was held in the Greenhills Hotel.

He told those in attendance that since the Fine Gael-led coalition came to office in 2011, 17 new IDA investments have been announced in the Limerick area.

“The exciting news for Limerick that Ardmore Studios, together with their American backer are ready to invest in Limerick, offers opportunities and employment which will accommodate a different range and set of skills and jobs,” said Mr Noonan.

“It is a huge boost for the local film industry, offering tremendous opportunities to both Limerick and the Mid-West”.

At the AGM, William Street businesswoman Elenora Hogan was elected as chairperson of the constituency.

Mr O’Donnell paid tribute to the “dedication and commitment” of all involved in the Fine Gael movement in Limerick.

“We have a positive message, and we will continue to provide leadership. The difficulties will be addressed by Minister Noonan, leading to the next step, which is the return of our emigrants, our sons and daughters,” the Dail deputy said.

“The message we want to go out to all emigrants is that we are open for business. We want you to return home. There will be jobs for you,” he added.