Shannon’s transatlantic milestone to be marked by airshow 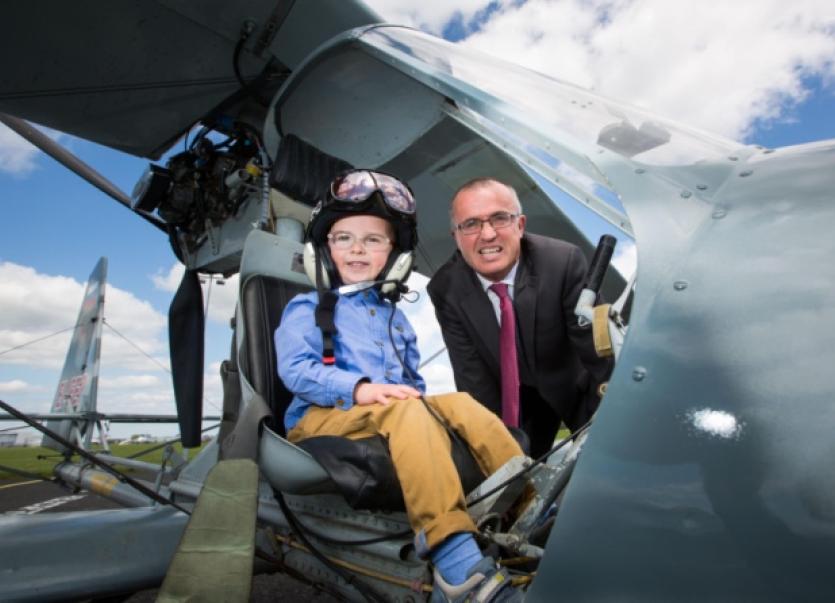 ALMOST 70 years since the first commercial transatlantic flight touched down at Shannon, the event is to be marked with a massive airshow, attracting 40,000 people.

ALMOST 70 years since the first commercial transatlantic flight touched down at Shannon, the event is to be marked with a massive airshow, attracting 40,000 people.

The ‘air display extravaganza’ will take place on July 18 to mark a key milestone in Irish aviation history - October 24, 1945 to be exact, when the Flagship London passenger plane landed at Shannon.

The American Overseas Airline DC4 had flown from Gander in Newfoundland in 8 hours 20 minutes, becoming the first ever scheduled commercial transatlantic passenger plane to do so, opening up a gateway between Europe and the US in the process.

Shannon has been hosting various events this year to mark the milestone, including an exhibition of memorabilia in the transit lounge, but the upcoming airshow - the first to take place in Shannon in 25 years - marks the centrepiece of the celebrations. It will take place a week before the second staging of the Foynes Air Show, which attracted 20,000 people last year.

An estimated 40,000 people are expected at the airport for the airshow, a spokesperson indicated, with some of Ireland and Europe’s leading aerobatics performers, parachutists, helicopters, jet fighters and stunt fliers taking part during the six hour event, which will take place on the airfield itself.

Special access points will be installed to the airfield, from where the crowds will look to the skies and also enjoy an array of family fun festivities. Some 4km of fencing will be put in place, as well as the creation of two vehicular access points and a pedestrian entry.

The line-up will include the Blacknights, O’Brien’s Flying Circus, craft including the Iolar and the Chipmunks and RAF Hunter Jet, while the Norweigan Airforce’s ‘historical squad’ will bring an Mig-15.

There will be plenty of on-the-ground action, including a static aircraft and tank display, entertainment zone, live music and a catering zone. Tickets costing €5 are now on sale, while children under 6 years are free.

Shannon chairman Rose Hynes said the airshow was “most definitely one of the highlights” of the year.

“We are very proud of our place in global aviation and it is right that we honour that history in style with the festivities in Shannon and giving due recognition to the pioneers of 70 years ago who thought it possible to create an airport here in Shannon that would play a key role in Ireland’s economic development,” she said.

Niall Maloney, operations director at Shannon, said that the “ultimate aim in staging our 2015 airshow is to provide an exciting, action packed day of fun and entertainment with plenty of thrills for all.

“Shannon is very much a family airport so we have put a major emphasis also on developing a strong family fun programme for the event, not least in terms of providing a range of activities for children to enjoy,” he explained.

“There will be plenty to see in the skies but a whole lot for them to enjoy on the ground also so there’s much to look forward to.”

An entertainment area will be especially geared to children at the airshow, with activities to include a bungee run, obstacle course, a 30ft spider climber, a party-bouncer, a giant Jenga game, puppet shows, a 40 seater carousel, face painters, magicians, a nail art station and more.