Horses out of the traps at Limerick’s Greyhound Stadium 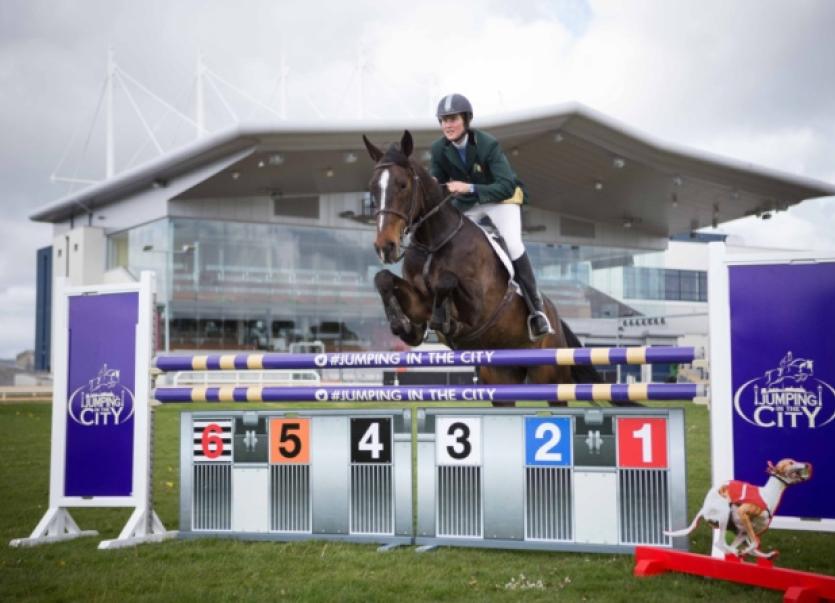 FOR the first time in Limerick’s Greyhound Stadium, horses will jump over the famous Big Red Wall, as part of a special, national horse sport tour this week.

FOR the first time in Limerick’s Greyhound Stadium, horses will jump over the famous Big Red Wall, as part of a special, national horse sport tour this week.

Jumping in the City, an exclusive event organised by Horse Sport Ireland, will begin its national tour in Limerick this Friday evening, at the Greyhound Stadium.

According to organisers, the idea of the event is to bring horse sport to Ireland’s most prominent greyhound stadia, as it moves from Limerick this week, to Cork on June 12, and then onto Dublin’s Shelbourne Park on June 26.

To start off the three-part series, Oola native and internationally-renowned eventing rider Michael Ryan will perform against the elite ranks of world showjumping this Friday.

Former Patrickswell native Joan Greene will also compete on the night against Michael Ryan, who will perform with Ballylynch Wizard.

The show will kick off at 6.15pm with the amateur grassroot rider show, then onto the Grand Prix for Ireland’s top riders and will conclude with the Puissance, where the riders will jump the well-known red wall.

“I commend Horse Sport Ireland for organising the “Jumping in the City” series of competitions which will raise the profile of showjumping and attract new audiences and sponsorship to the sport.

In working closely with Horse Sport Ireland, I commend Bord na gCon for exploring ways of generating extra commercial income from their excellent facilities at greyhound tracks, with the prospect of also attracting new audiences to greyhound racing,” he stated.

A spokesperson for the stadium said the event has garnered “a lot of interest”.

“We have gladly rented the venue to Horse Sport Ireland and we are expecting a huge turnout for the show. For example, all our restaurants are full, so there is a lot of interest. And judging by Facebook and social media, it is clear that there are lots of people looking forward to it, as it is the first time showjumping would have been done here.

“We do want to utilise the stadium with other sports, and hopefully we will have a great insight after Friday evening. The show is a big deal. And we will try to make sure that the event goes off successfully.”