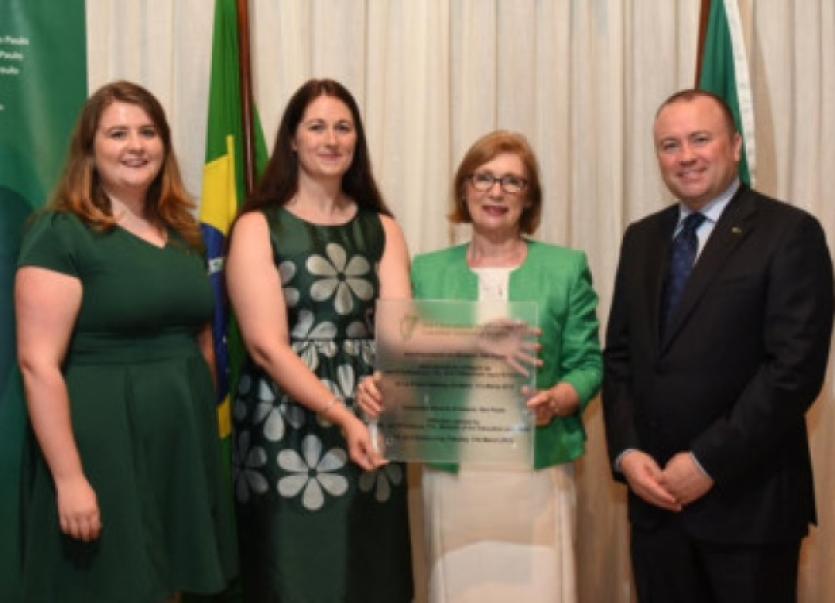 Visiting the Brazilian cities of Rio de Janeiro, Brasília, São Paulo and Campinas, during this mission, the Brazilian government confirmed that it has awarded scholarships to 1,077 students to study in Ireland this year under the Science Without Borders programme - translating into an investment of over €30m to Irish education centres, as well as the wider Irish economy.

Minister O’Sullivan was accompanied on the mission by representatives of nine Irish higher education institutions, and witnessed the signing of 11 memoranda of understanding between those institutions and their Brazilian counterparts, which will further develop the links between Irish and Brazilian colleges.

“The Brazilian government has shown great faith in the quality of the Irish third-level system. Under the Science Without Border programme, Ireland is now the fourth most popular destination in the world for Brazilian students. It is appropriate that we recognise the significant and ongoing investment that the Brazilian government is making to send students to Ireland, and I am very pleased that the Irish Government, as well as our universities and institutes of technology, have provided funding for this year that will support more Brazilian students to come to live and study in Ireland,” she said.

The Minister also participated in receptions for the Irish communities in Brazil, and met with Irish businesses working in Brazil, and Brazilian businesses considering investment in Ireland. This was the first time an Irish Minister has led a St. Patrick’s Day mission to Brazil. “Getting a chance to see first-hand the work of Irish companies such as Kerry in Campinas and Icon in São Paulo- made clear to me the enormous possibilities that exist for Irish companies to do business in Brazil.”