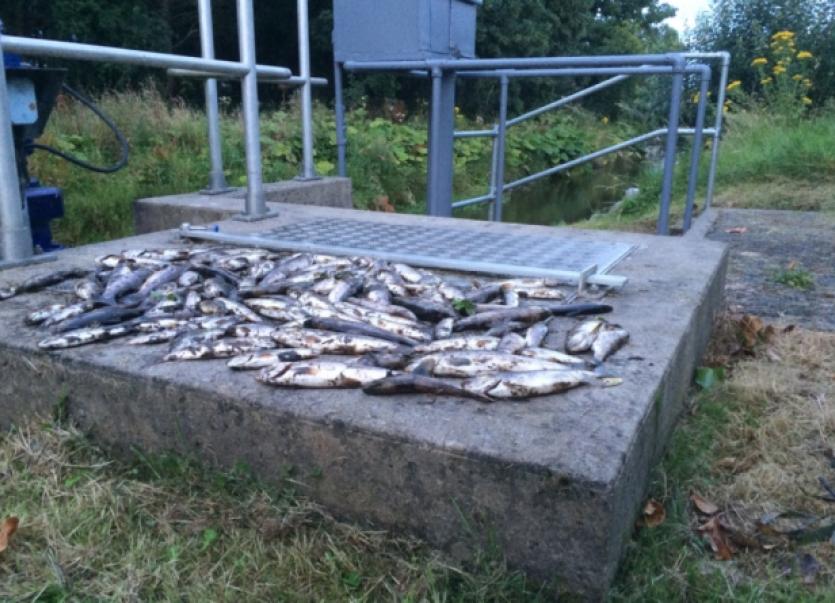 THE WATER treatment plant at Riversfield, Kilmallock, had to be shut down for a number of hours at the weekend after the second case of pollution on the River Loobagh in the space of seven months.

THE WATER treatment plant at Riversfield, Kilmallock, had to be shut down for a number of hours at the weekend after the second case of pollution on the River Loobagh in the space of seven months.

Last August, up to 1,000 salmon and trout in the river were killed following a slurry spill. Eamonn O’Riordan, chairman of Kilmallock and Kilfinane Anglers Association, said after that they closed down the river to allow the remaining stock to rejuvenate.

“I couldn’t believe it when I got the call on Saturday morning from the environment department that there was slurry in the river again. There was no visible fish kill but it is was what I would call an invisible fish kill. Just because we have no pictures of dead fish people will say it is a minor incident, but it might actually cause more problems.

“At this time of year young salmon and trout hatch - tiny little fish. They are vulnerable to any pollution. We were lauding the fact we saw six pairs of spawning salmon in December. I would be afraid that those progeny are after being killed because of this incident,” said Mr O’Riordan, who recently presented a plan to a Cappamore/Kilmallock local area meeting on how to rejuvenate the River Loobagh, increase fish stocks and attract more tourists to the area.

The fact that the treatment plant had to be closed down meant the extent of the pollution must have been significant, said Mr O’Riordan.

“The officials get an alert every time the river is polluted. When it reaches a certain pH level they have to shut down the intake into the plant,” he said.

The source of the slurry spill has not been determined. All they know is that it happened upstream of Riversfield in Kilmallock.

Mr O’Riordan says it could have had disastrous consequences if the slurry entered one of the spawning streams towards Ardpatrick or Kilfinane.

A spokesperson for Limerick City and County Council said environment staff drove along the tributaries on Saturday but were unable to locate where it happened.

“The ammonia levels went up in the water treatment plant which is indicative of slurry or soiled water because there is no other ammonia source in the catchment, which would cause them to rise to that extent. There wasn’t any fish kill but it is still not good because it does threaten hatching fish,” they said.

As land conditions were perfect for spreading slurry it is suspected a tank may have been washed out into a stream or a drain. The council issued a reminder to “everybody, not just farmers, to beware of everything you are doing and its potential to impact water quality”.