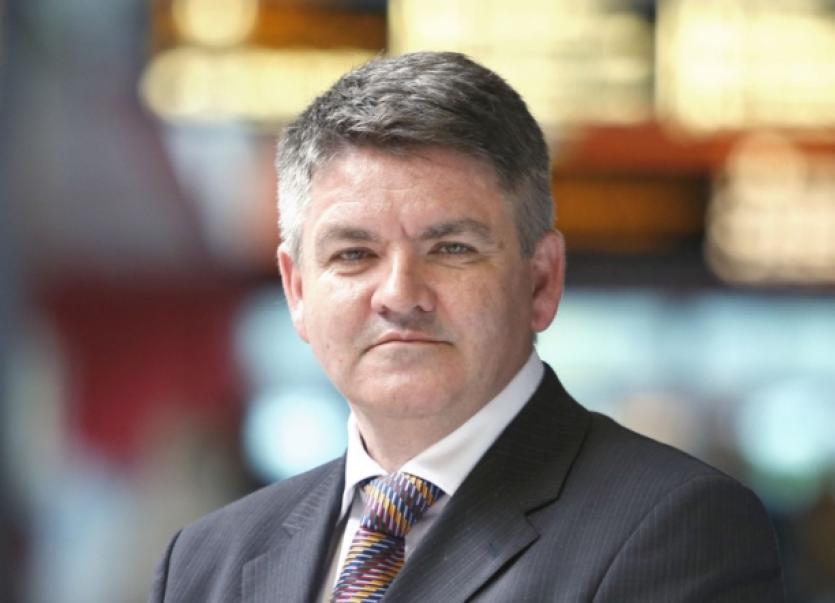 AS Shannon Airport this week celebrates 17% passenger growth during 2014, warnings have been sounded over IAG’s takeover approach for Aer Lingus’ and services to Heathrow and the United States.

AS Shannon Airport this week celebrates 17% passenger growth during 2014, warnings have been sounded over IAG’s takeover approach for Aer Lingus’ and services to Heathrow and the United States.

In the event that the airline changes ownership, business and tourism interests in Limerick want to avoid at all costs a repeat of the 2007 controversy that saw Aer Lingus transfer Heathrow services from Shannon to Belfast. They have urged the government to state how they would use their 25% stake in Aer Lingus to protect services at Shannon and businesses in Limerick and the wider region.

IAG, British Airways’ parent company, has had a second bid for Aer Lingus rejected in recent days and is expected to come back with an improved third offer this week.

Airport CEO Neil Pakey said this Wednesday that events were being closely followed in Shannon.

“We accept that the market has the capacity to throw up challenges and, to that end, we are closely monitoring events around the potential acquisition of Aer Lingus and implications that may have on Heathrow slots,” he said.

“Shannon is the only airport on the western seaboard with connectivity to Heathrow, which gives businesses across the mid-west and west the one-stop connectivity needed to access key markets across the world. The consequences for the region of the withdrawal of Heathrow services in 2007 showed how essential they are and everything needs to be done to make sure history is not allowed to repeat itself.”

Limerick hotelier Sean Lally said this Wednesday he had “huge concerns about the IAG approach and what it might mean for tourism, investment and jobs not just in Limerick and Clare but across the west of Ireland”.

“There have already been two bids and we expect a third and final one is on the way. Aer Lingus has a total of 23 slot pairs in Heathrow of which three are in Shannon and we all saw in 2007 what a significant negative effect the loss of those slots had on this region. They were only gone for a short time and it has been only in the last year or so that we have seen things return to normal in tourism,” said Mr Lally, manager of the Limerick Strand Hotel and a member of the Irish Hoteliers Federation.

It was not just the tourism industry but businesses or all shapes and sizes which were “dependent on good air access through Heathrow”.

He was especially concerned for foreign direct investment, for whom Stansted, Gatwick or Luton “simply won’t do and they need access to a major international hub”.

“While in a business sense IAG might look like a good suitor for Aer Lingus, it really has set alarm bells ringing in this region. The Irish government owns 25% of the airline and I would appeal to them not to look at any approach in terms of the share price and what they might get for it but to look at the bigger picture and all the advantages they are getting from having IDA companies here.”

The latest IAG offer of €2.40 a share would mean a windfall of somewhere in the region of €300 million for the government and Mr Lally feels this is relatively small beer.

When Aer Lingus was privatised, “special provisions were stitched into the articles of association to block any disposal of strategic Heathrow slots” and Mr Lally said that in the event of a sale, the government must insist on retaining the slots.

Limerick Chamber has also expressed “grave concerns” on what a foreign owner of Aer Lingus might mean for the Heathrow slots and for transatlantic services.

“The Irish government strategically holds a 25.1% stake in Aer Lingus to ensure that the vital connectivity that businesses in Ireland have to the international hub at London Heathrow and direct services to north America remain in place,” said Dr Orlaith Borthwick, interim CEO, Limerick Chamber.

“As an island economy on the periphery of Europe, any sale of Aer Lingus would have to protect this connectivity ensuring that Ireland remains a competitive location in which to do business. While Ireland is heavily indebted, the cash injection for government from this sale is not enough to offset the potential threat in the loss of this connectivity and the detrimental impact it could have on businesses and jobs” continued Dr Borthwick.

“Government policy is to deliver balanced regional development and the IDA continue to commit to delivering higher levels of FDI to the regions outside of Dublin. Any loss of Heathrow connectivity would not only be detrimental to existing FDI companies but would hamper any ability to attract new inward investment.”

While the trend in aviation globally was towards consolidation, Dr Borthwick questioned whether giving IAG a monopoly on Ireland-Heathrow would get past the EU Commission given its brief on consumer protection and competition.

Limerick’s two ministers at cabinet, Michael Noonan and Jan O’Sullivan, were unavailable for comment at the time of going to press although the Department of Transport has said it is open to bids for Aer Lingus.

A spokesman said the government was “continuing to manage its shareholding in a responsible manner to protect the state’s interests and with the aim of maximising the value of the shareholding”.

Anxiety over Aer Lingus comes in a week when Shannon posted its best annual passenger figures in five years.

It is the second consecutive year of passenger growth since Shannon achieved independence from the DAA. And Shannon Group chairman Rose Hynes welcomed the fact that Shannon had more than met its target of double digit growth in 2014.

“We are really pleased to have achieved significant growth in 2014. Shannon Airport, in providing daily access to the US, UK and Europe, is a key economic driver for a region that stretches from the south up to the northwest. Our passenger numbers in 2014 have had a direct material impact on this region’s economy with benefits for all our stakeholders,” said Ms Hynes.

“There are a number of factors that made this possible, not least Shannon’s ability to attract new services, the airlines’ confidence in Shannon, the government facilitating this by removing the air travel tax and the global and local economic recovery starting to take hold. Now that we have built up strong momentum, we will use 2015 to further embed our new services and will continue to grow the overall passenger numbers.”