Major deals announced for Limerick maize and milk in China 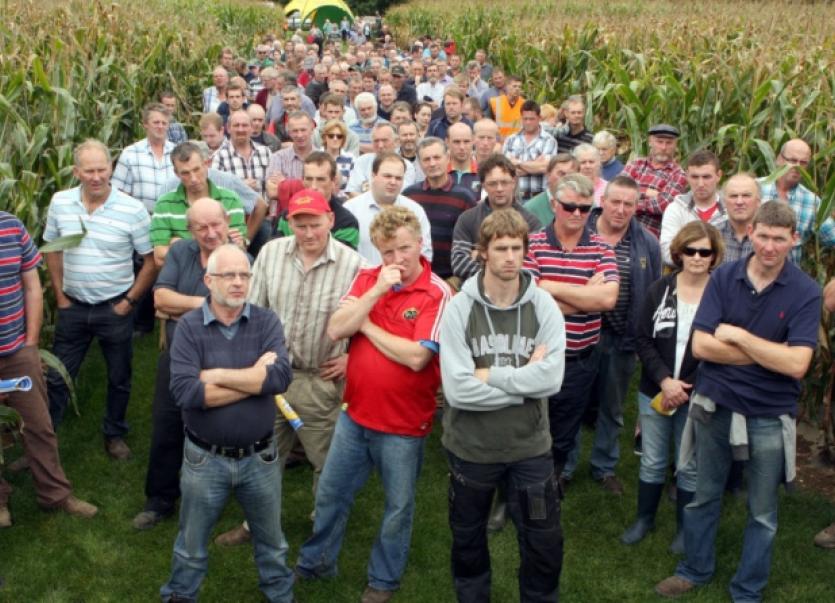 THIS week’s announcement by the Irish Dairy Board that Kerrygold Whole Milk is to be launched in China will mean that Limerick milk will be on shop shelves in Laiwu and many other major cities.

THIS week’s announcement by the Irish Dairy Board that Kerrygold Whole Milk is to be launched in China will mean that Limerick milk will be on shop shelves in Laiwu and many other major cities.

AIB revealed to the Leader two weeks ago that they have sanctioned loans of over €30m to local farmers in the 18 months to the end of June. This shows the extent that farmers are gearing up for life post milk quotas in 2015. Every week in the council’s planning notices there are applications for new milking parlours.

Currently the ICMSA says County Limerick is home to nearly 9 per cent of the national dairy herd and this is only going to increase.

All this extra milk has to find a home somewhere and the dairy board says the announcement is a key part their strategy to develop premium dairy products for markets in milk deficit regions.

“China will be an immediate route to market for additional milk Irish farmers will produce when milk quotas are removed in April 2015,” they say.

But that wasn’t the only good news for local agriculture. Samco, based in Adare, has secured a purchase agreement with Xingye Planting Co Ltd and Ruitian Modern Agriculture Co Ltd based in Inner Mongolia, Northern China for their Samco maize planting machine and bio-degradable mulch film.

Samuel Shine, Samco managing director, said the first order combined is for €500,000 and it is expected to grow over the next few years.

The milk and maize deals were revealed as part of a trade mission to China led by Minister for Agriculture, Simon Coveney.

Samco are recognised experts in forage and grain maize growing – particularly in adverse climatic like Northern China where there are large tracts of land exposed to cold temperatures.

Minister Coveney said it is clear evidence of what Irish companies can achieve in China.

“It confirms the high standing of Irish companies for the quality of their product and service. China is a priority market for Irish agri-services companies, and Enterprise Ireland is working intensively with these companies to drive increased sales in this huge market. “I strongly congratulate Samco on this agreement with Xingye Planting Company and Ruitian Modern Agriculture Co. Ltd and wish all parties continued success”.

The Samco System machine lays a thin layer of biodegradable mulch film over the soil at the time of sowing which increases soil and air temperature. The machine forms a seed channel under the film creating an ideal microclimate for the seed to germinate and develop.

Over the last couple of years Samco has been working closely with Xingje to establish a prototype of high quality forage maize plantation on potato rotation soil with break-through results.

Mr Shine said their technology is proven to help farmers to reduce costs and increase profits in an ever challenging agricultural industry.

Maize has become an increasingly popular crop for local dairy farmers to grow as fodder. With the majority of Limerick farmers supplying Kerry - local milk will be drank in China.

Kerrygold Whole Milk will be sold through major Chinese retailers, regional shopping networks and e-commerce retailers and supported by a marketing campaign that focuses on ‘Craftsmanship’.

Extensive consumer insight research found that Chinese shoppers responded positively to the image of Ireland as a pure, green island, with clean family farms, where the tradition of craftsmanship is married with the modern technology required to ensure high standards of safety and quality production.