New invention sounds like a plan for Limerick man 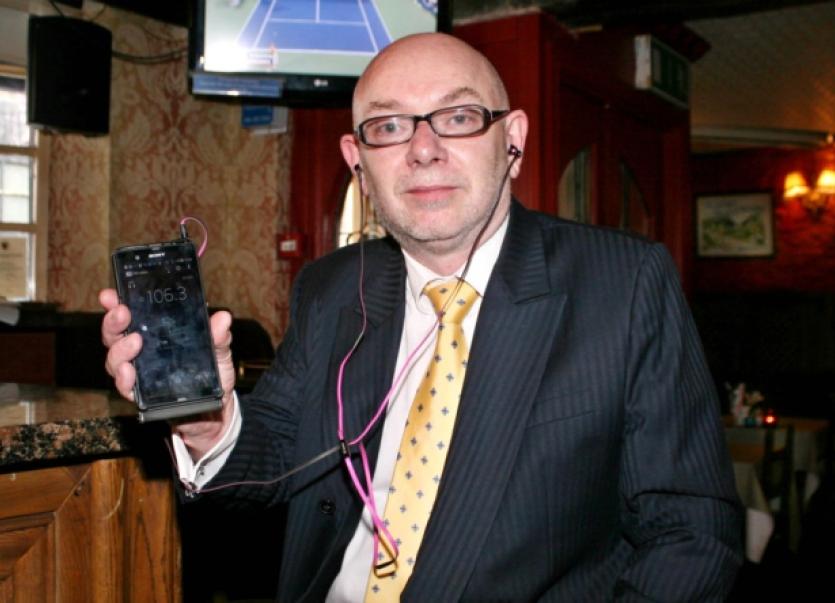 Ever gone to pub to watch a match but the television is on mute? Can’t hear Jeremy Kyle in the waiting room? A city man has come up with a solution to this problem.

Ever gone to pub to watch a match but the television is on mute? Can’t hear Jeremy Kyle in the waiting room? A city man has come up with a solution to this problem.

John O’Keeffe, originally from Co Offaly but living in Caherdavin for 17 years, has invented a device that lets you tune into the FM radio on your mobile phone and listen to a television in a pub or restaurant - even if it is on mute.

Mr O’Keeffe came up with the idea for TV Sound when working away from home and staying in hotels.

“I was working in the Bank of Ireland and I was staying the Royal Marine Hotel for five months, from Mondays to Thursdays, and the TV was always on in the bar and I could never hear it. I thought ‘There must be a way around this,” John said.

He searched high and low to see if such a product was already on the market and when it was not already available, he had to find to parts to make it himself. “The initial price [to build the box] was phenomenal and now I source directly – I source from China, I get parts from Cork and a lot from the UK and Germany. It took a long time to find the right parts,” he added.

O’Keeffe, who has a masters degree from the Smurfit Business School in the University College Dublin, believes that TV Sound can be a success throughout Limerick and even further afield as his idea is unique.

“I searched everywhere in the States and the UK and asked if anyone have ever seen a device like this and nobody has,” he revealed.

TV Sound can be used in restaurants, hotels, pubs, in bookies and even in hospitals. Once they have installed the TV Sound box, the owner of the television will get a frequency whereby you can tune the radio on your phone to listen to the television.

“If you are in the waiting room and the telly is on mute, you can put in the frequency and it will work away,” he said.

Although it works in any public television, O’Keeffe is targeting the city pubs for his new invention.

“I’m targeting Limerick as a base because I am from here and hopefully move to Galway, Cork and Dublin,” he said.

The box is already in use at Mickey Martin’s pub on Augustinian Lane in the city centre.

The device works on any phone that has an FM Radio.

O’Keefe also said he would love to be a success because then he could stay in Limerick and not have to travel for work.

“I’ve spent enough time in hotels,” he laughed adding how he has loved living in the city.

More information can be got on tvsound.eu.