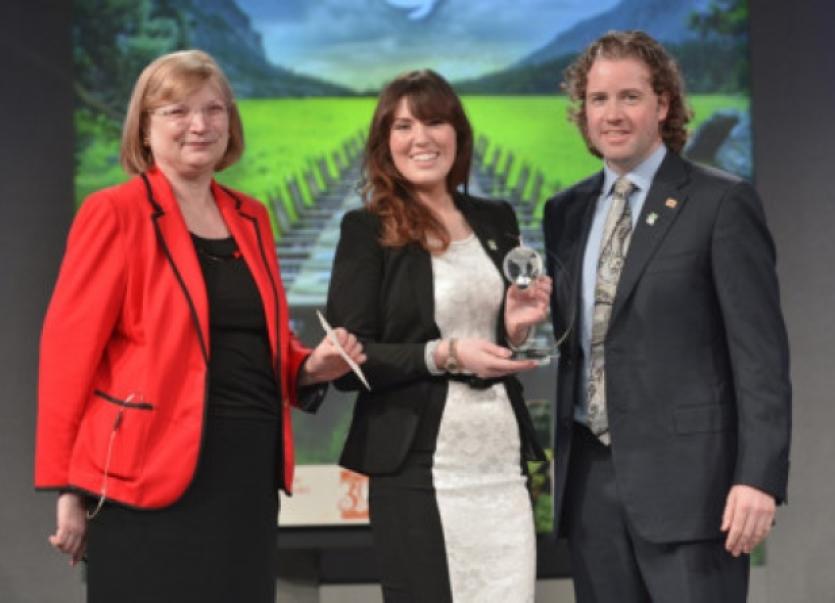 A LIMERICK Equine Science student was named the winner of the global Alltech Young Scientist competition.

A LIMERICK Equine Science student was named the winner of the global Alltech Young Scientist competition.

Gillian Johnson, who is from Castletroy and attends University of Limerick, was chosen out of an incredible 8,500 applicants. She won the regional phase - encompassing Europe, Africa and the Middle East - before being declared the overall winner in Lexington City, Kentucky.

It was supervised by Dr Sean Fair in UL and was a collaborative project with Dr Kieran Meade in Teagasc, Grange. Dr Fair said they are incredibly proud of Gillian’s achievement in UL.

“To come first in a competition whereby 8,500 of the brightest undergraduate students around the world compete in is an incredible achievement,” said Dr Fair.

Gillian says she always had a love for all animals and an affinity for horses.

“While looking for undergraduate degrees, I came across Equine Science and knew straight away it was the degree for me. I had been to UL so already knew of the fantastic facilities it provides. UL has an established reputation for being Ireland’s leading university in industry-led research, has the best Equine Science Undergraduate programme in Ireland and has appropriate laboratory and animal facilities in situ for this degree,” said Gillian.

During the summer of her second year she worked in Dr Fair’s laboratory after being awarded a Department of Life Sciences Summer Bursary. The work involved the development of a novel method to assess stallion sperm binding to equine oviductal epithelial cells.

Realising her affinity for research, as a third year student she worked in the Irish Equine Centre in Co Kildare to broaden her scientific research and laboratory skills.

During the summer months of her co-op in 2013 she was awarded a UL 40 Science and Engineering Summer Research Scholarship and she completed the bioinformatic stage of her project in Teagasc in Grange. In addition to this, Gillian competed for and won an externally funded Undergraduate Biomedical Scholarship from the Wellcome Trust in the UK.

“I submitted my paper to the Alltech Young Scientist competition with guidance from my supervisor Dr Fair last December. I decided to apply, but never imagined that I would have been the first place winner in the Europe/Africa/Middle East undergraduate category. One of the prizes for this was a week long, all expenses paid trip to Lexington, Kentucky to present my paper to a panel of judges and attend the Alltech 30th Symposium. I felt I had done my best, and it went well, but that some of the other projects were far more impressive!” said Gillian. When it came for the announcement to be made she never felt more nervous for something in her life.

“When Dr Mark Lyons called out my name as the global undergraduate winner, I truly couldn’t believe it! I was shaking like a leaf, but it felt fantastic to get such recognition,” she said.