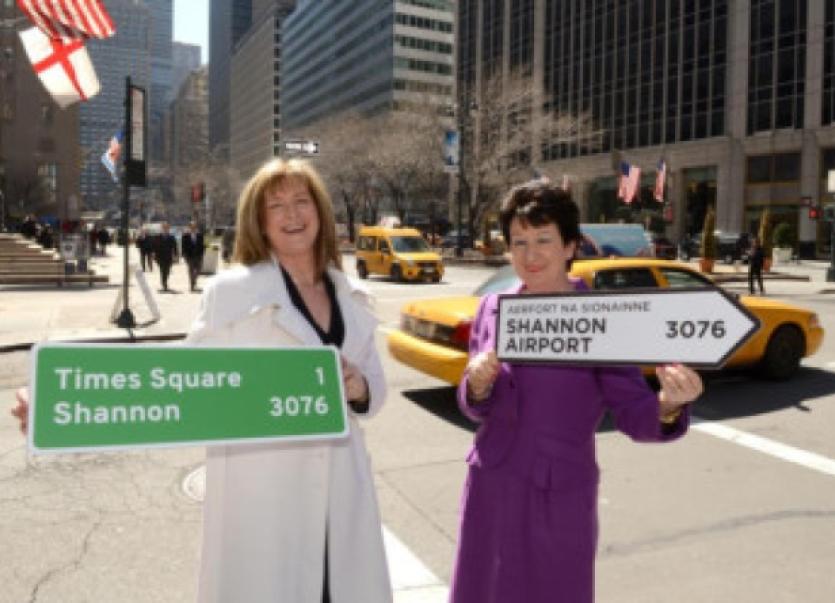 EXECUTIVES from Shannon Airport are developing “a New York state of mind” in promoting Aer Lingus’ first year-round service to the city that never sleeps.

EXECUTIVES from Shannon Airport are developing “a New York state of mind” in promoting Aer Lingus’ first year-round service to the city that never sleeps.

The airport kicked off the most significant week for route commencements in almost a decade, as it held meetings with travel trade and US media in New York to promote the enhanced services.

The airport, which became independent and flew out from under the wings of Dublin Airport Authority a year ago, has not had as many routes launched in one week since 2005.

The expanded services at Shannon Airport should see total passenger numbers grow by 10% to over 1.5 million this year.

“We have had a tremendous response from the trade, which is our key audience this week, as well as US media,” said Ms Hynes.

“There is a particular demand from the US for services into the western half of the country and Shannon because of the uniqueness of the product we have.

“Shannon is, of course, the only airport on the entire Atlantic coast with direct access from the US and we are delighted to have strengthened the services this year again.

She said the Wild Atlantic Way, a 2,500-km driving route from Donegal to Cork aimed at attracting more visitors, is also generating considerable interest in the United States.

“It will be the longest coastal driving route in the world and that’s the type of product the discerning US market demands,” she said.

Aer Lingus will add 31,000 seats on its transatlantic services in 2014, a significant increase in capacity over last year when it operated seven flights a week between Shannon and the US compared to 13 flights a week this year.