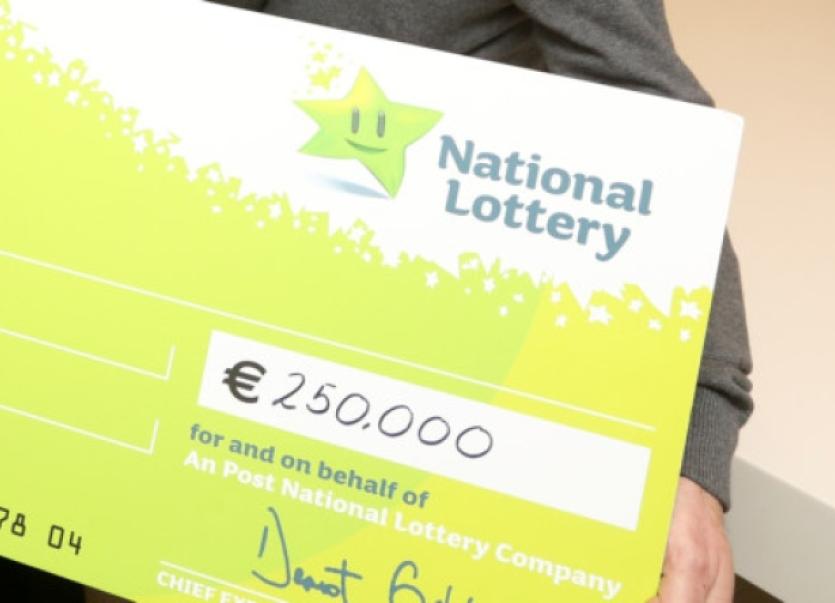 A MYSTERY customer struck gold in Kilmallock Post Office last Friday when a €10 Quick Pick earned them a staggering €250,000.

A MYSTERY customer struck gold in Kilmallock Post Office last Friday when a €10 Quick Pick earned them a staggering €250,000.

The winner scooped the top prize in the Lotto Plus 2 draw which took place on Saturday evening and now have 90 days to claim their prize.

According to the post mistress of Kilmallock Post Office, based on Lord Edward Street in the town, there is huge speculation locally as to who the lucky customer could be.

“It’s a nice win. I would say it is someone local because we had a lot of pensioners in on Friday. It was pension day,” said Catherine O’Brien.

Ms O’Brien received a phone call on Monday from National Lottery HQ to inform her that the winning ticket had been sold in her post office.

“Hopefully it is someone local,” said Ms O’Brien.

“I have the Lotto five-and-a-half years and this is my first big win. There is a great buzz around the town with everyone guessing. You like to see people getting on. I got a poster this morning and it said we sold a €250,000 ticket!”

“The winner hasn’t come forward so check your ticket,” said a spokesperson for the National Lottery.

There were two winners of Saturday’s Lotto Plus 2 - another in Dublin - with each walking away with €250,000.