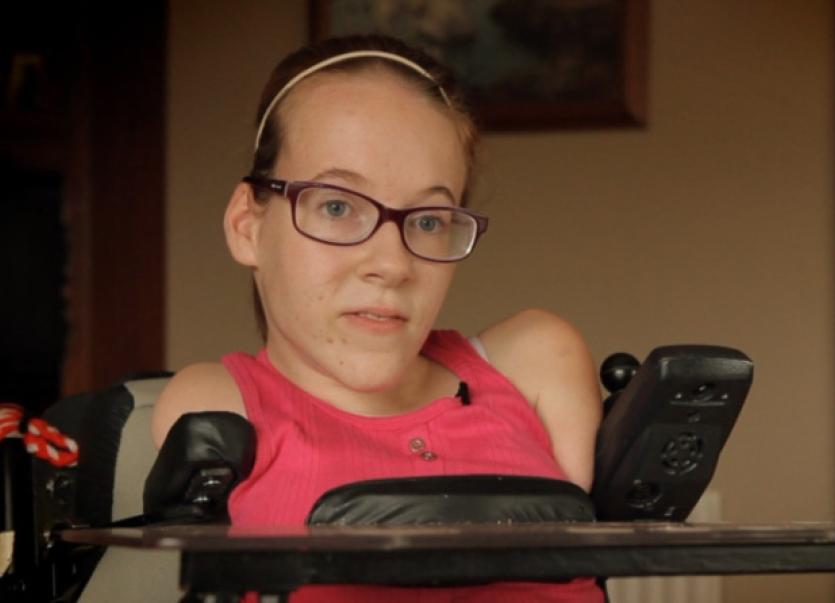 SHE delivered a landmark speech in the UN, challenged the Taoiseach about disability cuts, and now a young woman who was born without any limbs will have her story told in a documentary on the big screen from this Friday.

SHE delivered a landmark speech in the UN, challenged the Taoiseach about disability cuts, and now a young woman who was born without any limbs will have her story told in a documentary on the big screen from this Friday.

Leaving Certificate student Joanne O’Riordan, 18, from Millstreet in Cork, is one of just seven people in the world born with a condition known as Total Amelia, for which no medical explanation exists.

Her story, No Limbs, No Limits, which has been directed and produced by her brother Steven, will be released in cinemas nationwide, including the Omniplex in Limerick from this Friday, April 11, for two weeks.

Speaking to the Limerick Leader, the inspirational teenager revealed that her next plan is to study journalism in the University of Limerick in the autumn. Joanne, who is wheelchair user, visited UL recently and described the facilities as being “unreal”.

“While I’ll be hopefully be staying on or near the campus, I equally hope that I can live independently. It will be an unreal experience and while I’ll be there to study I will also be having fun.

“For me, UL is my number one choice. I’ve always wanted and would love to have a career in journalism. I’m a massive fan of sports, especially GAA, so I would see myself more as a sports journalist working on matches and reporting for TV, radio and newspapers. I think there is a great thrill in sport.

“If I wasn’t to become a sports journalist I would then focus on crime. I have a huge interest in criminology [her second CAO choice] and I’d like to combine the two. I could be the next Paul Reynolds,” she said.

Speaking of her excitement about the release of the film, she said: “I hope people take a sense of pride in the fact that you can achieve anything you want in life if you are given the opportunity to. I hope they leave inspired. It’s a story of hope and even though the odds were stacked heavily against me and my family overcame.”

The film captured the hearts of audiences since its premiere at The Cork Opera House last October, and it has also been well received at The Jameson Dublin International Film Festival.

Her brother Steven, who documented their family’s life over two years, said “this is not just a story about a girl in a wheelchair, it is a story about how a girl got the world and her family to think differently when it comes to people with disabilities. It shows us how the human spirit and sheer resilience and self determination can conquer all,” he said.

In 2012, Joanne challenged delegates at a United Nations telecommunications conference in New York to build her a robot capable of picking up objects. Engineers at Trinity College Dublin recently built a robot, following the receipt of €50,000 in funding from the UN, to help her live independently.