Village shop in County Limerick that once cost half a million sells for €35,000 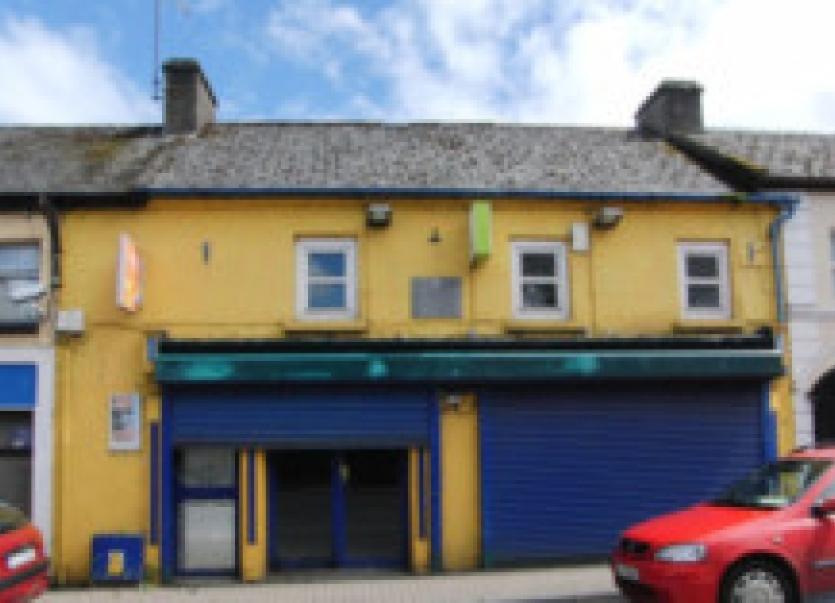 A VILLAGE shop that once changed hands for up to €500,000 was sold at auction for the reserve price of €35,000. The historic building located in the heart of Caherconlish was sold at a REA O’Connor Murphy North Munster regional auction in the Strand Hotel last week.

A VILLAGE shop that once changed hands for up to €500,000 was sold at auction for the reserve price of €35,000. The historic building located in the heart of Caherconlish was sold at a REA O’Connor Murphy North Munster regional auction in the Strand Hotel last week.

It is well known in the locality that it sold for well over £400,000 in the mid-Nineties before being sold on again around the turn of the century for another “substantial sum”.

The shop, formerly a Centra, was closed over three years ago. When it was sold in the past it was bought as a going concern but the latest sale price still represents a remarkable drop in value. Local historian and member of the Caherconlish Residents Work Group, Pat Hourgian, said it was a very popular shop for decades.

“It was right in the centre of the street, very well appointed. Big sums of money were invested into it by the owners, it was a top supermarket,” said Mr Hourigan.

It is believed that issues with parking and the arrival of new supermarkets within close proximity meant a drop in business.

“When the supermarkets in the Castletroy area opened up they put paid to a lot of shops in rural East Limerick,” said Mr Hourigan.

It is understood that the new owners are from Limerick but not from the locality and they plan to open a new business in the location.

“We hope it will be put to some use. It has been boarded up for the last few years and we want to get away from that. It doesn’t show a positive sign in our village to have boarded up buildings.

“There are four of them on the main street and we don’t want that. We are delighted that the boarding will be taken down after the sale,” said Mr Hourigan, who along with other volunteers on the residents work group have been working hard to improve their village for the whole community.

The purchasers have also bought a piece of local history. Built in the late 19th century it became known as McCormack’s hall in the early to mid part of the 20th century.

“Dances, balls, everything was held there. There were also pictures shown from the 1930s to 1960s. It was used as a weekly venue to show pictures by the late Jim Marshall who opened a hardware store in William Street,” said Mr Hourigan.

The building was bought by Captain Paddy McCormack, a War of Independence veteran, in the late 1920s.

The East Limerick GAA board was formed in the hall at a meeting in 1944. Then GAA president, Jack Boothman erected a plaque on the wall to mark the 50th anniversary in 1994.

The property was turned into a supermarket in the mid 1970s and was a thriving business for many years. The building in Caherconlish was one of 13 lots that went under the gavel at the REA O’Connor Murphy North Munster regional auction. Ten properties were sold, two sold to the highest bidder immediately after and negotiations are ongoing on the last one.

Michael O’Connor, of REA O’Connor Murphy, said they were delighted with the way it went and are holding another one in June.

“It was very well-attended and generated huge interest. There was good value. All the Limerick properties were sold.

“As an average we made between 20 and 25 per cent above the reserve prices,” said Mr O’Connor.

Between attendees in The Strand and on the phone there were over 200 interested parties.