Hopes of breakthrough in dispute at Ivan’s in Limerick 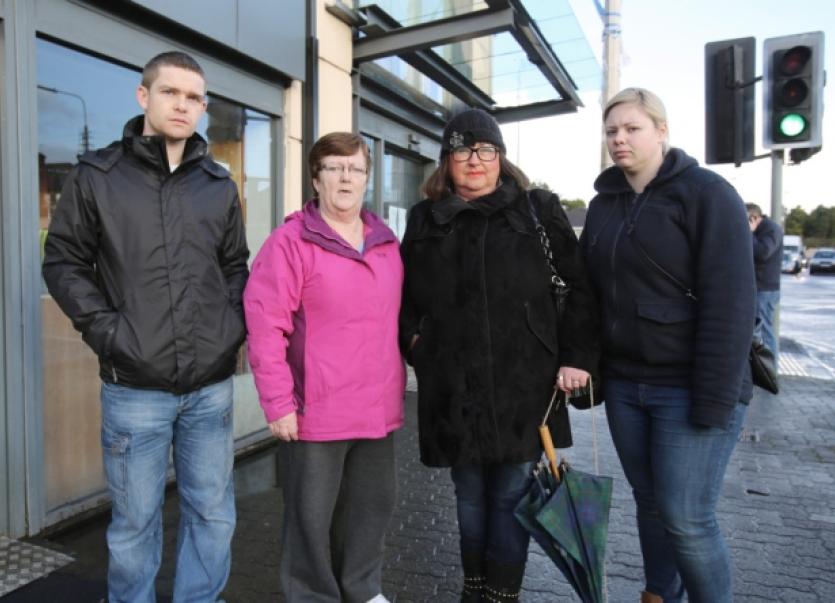 THERE are high hopes of a breakthrough in a dispute which has seen former Ivan’s staff barricade themselves in the store.

THERE are high hopes of a breakthrough in a dispute which has seen former Ivan’s staff barricade themselves in the store.

This comes after store owner Ivan Cremins personally met the 30 workers made redundant late on Thursday night, and gave an undertaking that their requests would be met.

They have been ‘occupying’ the store in Caherdavin since Wednesday in protest at not getting P45 forms, and other documents needed to claim social welfare.

The former workers - many of whom were employed for over 20 years - said they were given no notice of last week’s closure, which came after 38 years trading.

“He was obviously upset about the place closing. It is very upsetting for his family, which is fair enough. We can totally understand that. But it is equally upsetting for the staff, as they were loyal,” Mr McDonald reported.

Workers got a commitment to have letters printed which would allow them claim social welfare, and Mr McDonald has taken up the opportunity to have an input into the wording, to speed along their claims as quickly as possible.

It is understood Mr Cremins is to seek to have the business put into voluntary liquidation. Members of the management team met with bank officials on Saturday with a view to appointing a liquidator. News of that move is not expected until Monday or Tuesday.

Local policiticians including Jan O’Sullivan, Kieran O’Donnell and Willie O’Dea all either met with or offered support to the workers over the weekend.

Workers’ spokesperson Mary Sheehan, of Kileely, said: “We have had fantastic support from local businesses and hotels, who have been coming in behind us, giving us food and drink.”

In a statement, issued late on Wednesday last, Mr Cremins said the closure was partly due to the fact three major supermarkets opened within 500 yards of Ivan’s, as well as the development of the Ring Road, which bypasses Caherdavin, as well as the repeal of the law banning below cost selling.