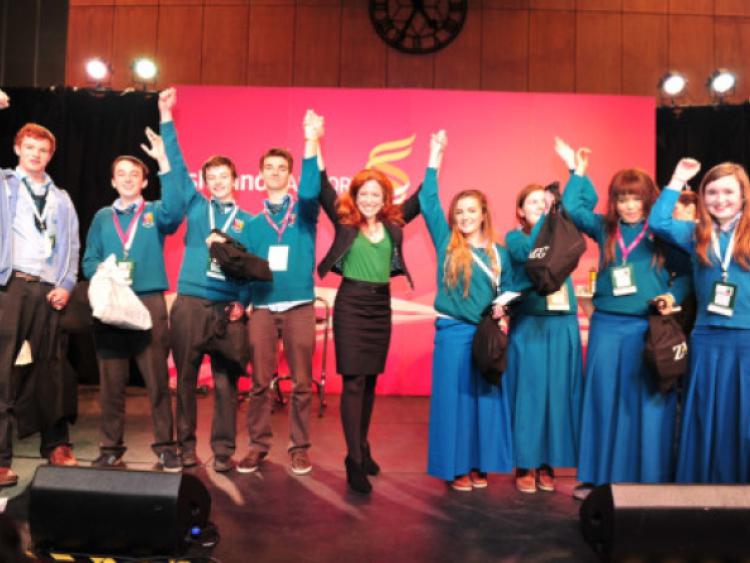 A GROUP of youngsters from Castletroy College look set to follow in the footsteps of the Collison brothers, after winning a top business prize.

A GROUP of youngsters from Castletroy College look set to follow in the footsteps of the Collison brothers, after winning a top business prize.

Seven students from the millionaire brothers’ Alma Mater are to jet off to the Silicon Valley after their big business idea won the approval of a panel of tough judges, including Dragon’s Den’s Gavin Duffy.

They were among 600 students from across Ireland who gathered at Shannon Airport for the first event in the annual Irish Technology Leadership Group (ITLG).

This saw students battle it out in a competition to come up with new ideas for use in Ireland 50 years from now. Their idea focused on how water use can be reduced, and used more efficiently, plus they designed a hybrid shower, which can result in the killing off of bacteria.

To win, they worked as a team to produce a business plan, which they presented.

They then had to undergo a tough interrogation by Dragon’s Den stars Mr Duffy, Sean O’Sullivan, Barry O’Sullivan, Peter Casey, and Martina Newell-McLoughlin.

One of the team members Ryan Harney, 16, said: “Before they called our name, I was convinced we were not going to win.”

They only learnt of the trip to California just before the prize presentations were made, as ITLG boss, the Corbally businessman John Hartnett decided to surprise the students.

Ryan added: “I have an undying love for technology, so it will be great to see where it all happens: it will be an amazing experience.”

Among them, they came up with a number of bright ideas for the future, including a replacement for the use of needles, and antibiotics, ‘virtual’ teachers and a virtual game of Monopoly.

Mr Hartnett said the school’s event was the best the ITLG had ever organised.

“When you work with youngsters, you don’t know what to expect, and at the same time, there are no limits. It is all about inspiring kids, getting creative and going big,” he said.

Another man who was impressed was Munster star Keith Earls, who joined teammate Niall Ronan in Shannon to inspire the students.

“They are a lot more creative than I was in school. I think a lot of these kids are going to be wealthy in a few years time,” said the former Nessan’s pupil.

The forum continues this Tuesday, with a civic reception, and various workshops at the UL Concert Hall.