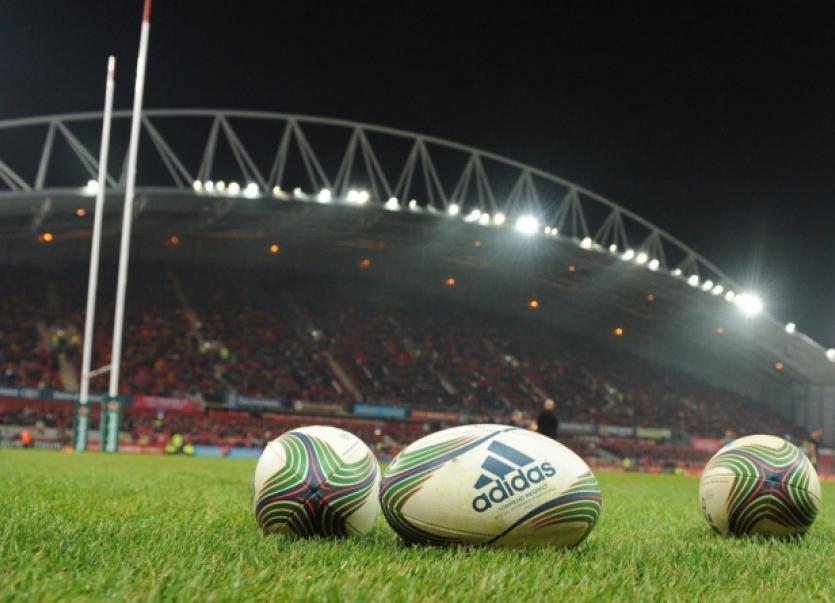 THOMOND Park’s stadium boss believes there is a ‘realistic’ prospect of Limerick playing host to Rugby World Cup games in 2023.

THOMOND Park’s stadium boss believes there is a ‘realistic’ prospect of Limerick playing host to Rugby World Cup games in 2023.

John Cantwell was reacting to news that the Government is to launch an ambitious solo bid to host the tournament, which could draw in excess of 300,000 visitors to the country.

Thomond Park, which hosted a game in 1999 between Australia and the USA as part of the tournament, primarily held in Wales, has been earmarked as one of the top venues for the potential tournament, which will be cross-border and will include some GAA stadia if successful.

“Thomond Park was built for this type of opportunity and Limerick has in Thomond one of just three national stadia,” said Mr Cantwell.

“It would deliver so much, not just for Thomond Park but for Limerick in terms of economic impact and everything that such a game or games would bring. We will be doing everything to try and get that type of decision over the board.”

Stadium management have been aware of the mooted plans for more than a year.

Tourism minister Leo Varadkar commissioned a report to examine the potential benefits of such a bid, and is expected to bring details to Cabinet today.

The major stadia - the Aviva, Croke Park, Thomond and Casement Park and Ravenhill in Belfast - would all be utilised as part of the bid, which is seen as being a strong one, given that New Zealand successfully hosted the tournament in 2011.

The IRB, rugby’s governing body, would be favourably disposed to Ireland as a similar sized nation.

The GAA has also backed the plan and the Gaelic Grounds has been touted as a potential venue, with the organisation amenable to the plan. However, it is thought likely that Thomond Park would be the main focus for games.

“There are fine stadia in Dublin and Thomond Park would be in that type of standard. Once you begin to gather a variety of stadia like that, and add Ravenhill, suddenly you are in a good place in terms of being able to look at realistically getting something like this,” said Mr Cantwell.

“The people that are involved wouldn’t be wasting their time if they thought there wasn’t a realistic shot at this. You could imagine a world cup in Ireland with a group set in Limerick maybe, and exactly the welcome that would be delivered from this part of the country, because that is exactly what it does.

“Most of our feedback from visiting supporters says Limerick is a city that welcomes you, so I think that is one of the reasons why we would be right up there at the top of the list in being an ideal venue,” he added.