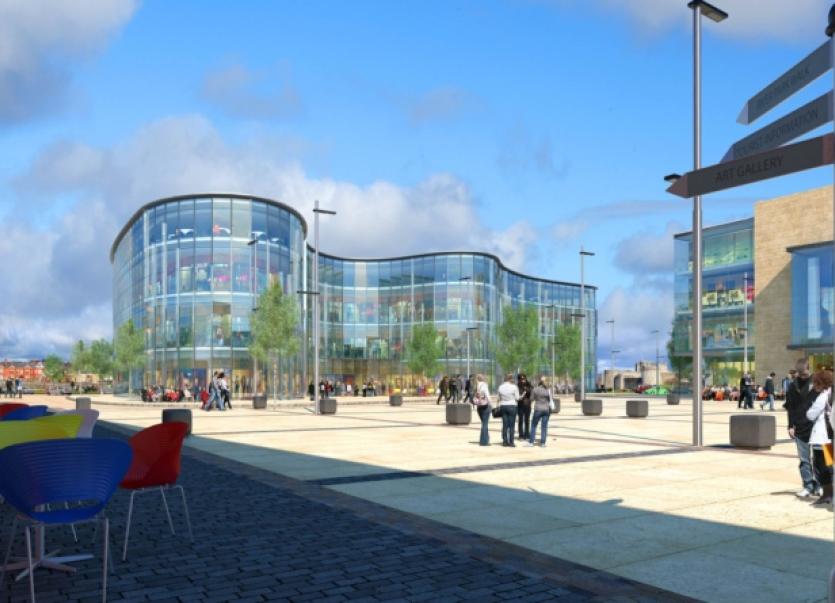 HUNDREDS of millions of euro in loans are expected to pour into Limerick city over the coming years to fund a series of large scale infrastructural projects.

HUNDREDS of millions of euro in loans are expected to pour into Limerick city over the coming years to fund a series of large scale infrastructural projects.

It is expected that as much as €250m in funding from the European Investment Bank (EIB) could be put in place as early as December 9.

This will set in train the ‘Limerick 2030’ plans to transform the city centre, including a redevelopment of the Opera Centre site into office space, and potentially accommodation for students.

The project overall is anticipated to deliver up to 5,000 jobs.

The EIB has already approved a €100m loan for a capital redevelopment plan at the University of Limerick.

And the secretary general at the Department of Finance John Moran has revealed this will be signed off on December 9 next.

Speaking at the annual Limerick Chamber business Awards, Mr Moran indicated plans will be accelerated for an overall application for funding at this time.

The Leader understands that a high-level team has been put in place, involving representatives of the Chamber, City Council, LIT and UL to ensure Limerick’s application for €250m is successful. But Mungret man Mr Moran’s comments are notable, as he sits on the board of the long-term lending institution based in Luxembourg.

Paid back over 15 years at much lower rates than commercial banks, it is yet to be used here. But it has been used in Manchester’s redevelopment.

Addressing the dinner, Mr Moran jokingly described JESSICA as “this woman who has become the best friend of everyone in Ireland.”

“I remember Michael Noonan asking me one day who is this Jessica - we need to find out about her, and get to know her,” he laughed.

Speaking after, he confirmed his intention to develop a “deeper relationship” between EIB and Limerick.

“I would love when we have that UL signature, that we could at the same time, when we have the senior people in from the EIB to be able to do the same thing here in Limerick for Project JESSICA to really kick it off. There are requirements to bring all the projects together, and work together. We need to pull all those projects together into one corporate structure, and I think we can do this by early December,” he said.

The Limerick 2030 plan - launched earlier this summer - is designed to change the infrastructure of the city centre, and deliver a new vision for Limerick as a centre for investment.

It is structured around three main elements: an Economic Strategy, a Spatial Strategy and a Marketing Plan, with the economic strategy designed to position Limerick to capture a greater share of knowledge based investment.