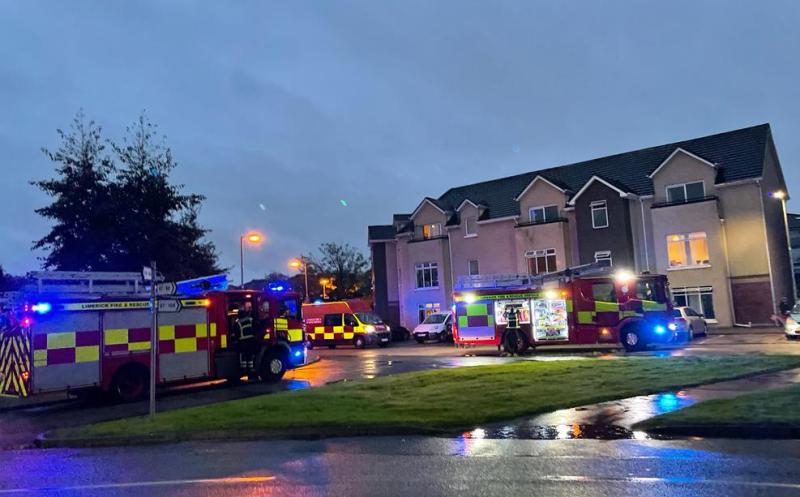 The scene of the incident in Dooradoyle

AN ELDERLY man is recovering following an apartment fire in Limerick city this Thursday evening.

The alarm was raised shortly after 6.30pm when smoke was observed coming from a property in the Dooradoyle area.

Having been alerted by a concerned neighbour who smelt the smoke, emergency services including three units of Limerick Fire and Rescue from Mulgrave Street attended.

Upon arrival, personnel from Limerick Fire and Rescue entered the apartment and quickly removed a man who was inside to safety.

While paramedics from the National Ambulance Service treated the man, aged in his 60s, for smoke inhalation his injuries are not thought to be life-threatening.

A local resident, who was alerted to the incident, said: “It was especially quiet around because of the rain and then there were all these sirens. We didn’t know what was going on. Next thing we see these firefighters taking this poor man out. He seemed to be ok thankfully.”

The fire was quickly brought under control and the incident was declared closed shortly after 7.30pm.